The tournament will feature Dota 2, Tekken 7, and more. 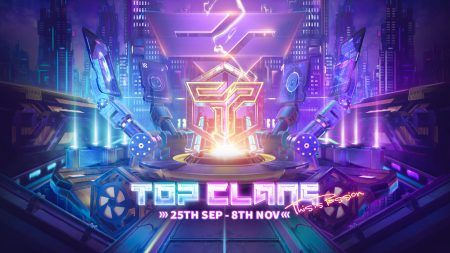 China-based NetEase Games is bringing back its Top Clans esports tournament with a wider range of games and a bigger prize pool.

Kicking off on September 25, Top Clans 2020 will be headlined by Rules of Survival, a mobile and PC-based battle royale title, and Marvel Super War. Both games are developed and published by the Chinese internet technology company.

To build up the excitement even more, Dota 2 and Tekken 7 have also been added to Top Clans 2020’s lineup of games.

New NetEase title Tom and Jerry: Chase, which was released just in August, is also among the featured games. As a licensed game featuring the classic cartoon cat and mouse, this game should add a light-hearted flair amidst the hard-hitting action of the other games.

Last year, NetEase staged its inaugural Top Clans 2019 event to an audience of more than 24 million Rules of Survival players around the world. The official broadcast of its games were viewed over 9 million times.

Tekken 7, the only individual player-based event, will have a US$5,000 share in the total prize pool.

Top Clans 2020 will run for more than a month, with group stage competitions scheduled to end on October 26. The Tekken 7 tournament will be a special weekend spectacle in the middle of the schedule, slotting in on October 16-18.

The Grand Finals for each event are scheduled as follows:

The games will be streamed on Top Clans Esports’ YouTube page. For more information on the participating teams and players for each event, visit Top Clans 2020 on Facebook.