Things are heating up outside the ring. 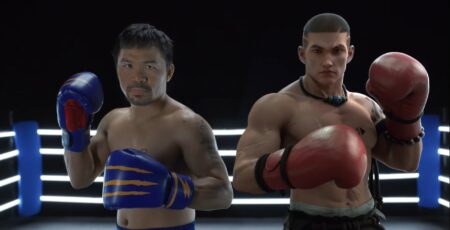 Mobile Legends: Bang Bang players would be familiar with the Land of Dawn’s mainstay fighter, Pacquito, a boxing hero whose design was based off Manny Pacquiao himself, in a collaboration with Moonton.

“Esports is not just an online phenomenon, it is real,” Pacquiao said during the official Team Pacquiao GG launch event. “Esports is growing rapidly around the world, which provides business and job opportunities,”

“In fact, the 2019 SEA Games has featured esports, and now the Olympic Committee is considering it for the 2024 Olympics, and this is very good news,” he added. “Esports is the future and I am happy to be involved in it.”

Manny Pacquiao is certainly not the first athlete to enter the world of gaming. Previously, Diogo Jota and Gerard Pique also entered the scene, among others.

The organization also stated on its website that it seeks to host esports tournaments across a number of different titles, which will be free to enter and will feature charitable elements.

It will be interesting to see which esports titles and teams Team Pacquaio GG will pick up. Since they are based in Southeast Asia, Mobile Legends: Bang Bang is a real possibility.