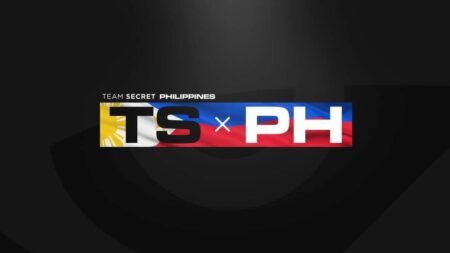 Renowned international esports organization Team Secret has officially announced the formation of a new team based in the Philippines.

Secret mainly operates in Europe with teams for Dota 2, Counter-Strike: Global Offensive, Rainbow Six: Siege, and TrackMania based in the region.

However, they also have three teams in Southeast Asia; a Vietnamese League of Legends (LoL) team, as well as two PlayerUnknown’s Battlegrounds (PUBG) Mobile teams in Malaysia and Thailand. The org’s newly-announced Filipino team will be its fourth in Southeast Asia.

With that said, Secret has not yet revealed which esports title its Filipino team will be competing in.

The Philippine esports scene has been most active in Dota 2 and mobile MOBA’s such as Mobile Legends: Bang Bang (ML:BB) and Arena of Valor (AoV).

Since Dota Pro Circuit rules essentially forbid orgs from having two teams, the formation of a Filipino team to go along with Secret’s historically-dominant European Dota 2 squad can be ruled out.

With that in mind, we can reasonably expect Secret’s new Filipino team will be in mobile esports, be it in ML:BB, AoV, or the official mobile port for LoL, League of Legends: Wild Rift. Another possible title may be Riot Games’ Valorant, which is quickly becoming more popular in the Philippines.

READ MORE: The top prize for this esports tournament in Japan is… a bucket of crabs