In-game observers are the greatest unsung heroes in esports

They are the cinematographers of esports! 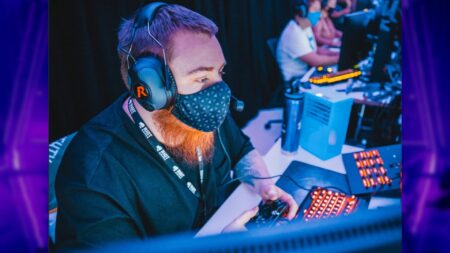 They’re the most underappreciated professionals in the esports world, yet without it, esports as we know it wouldn’t exist.

In-game observers for esports are the camera operators of any given esports title. They’re responsible for what we see on our screens as we watch tournaments. While it might seem like all observers do is to pop into the spectator slot and watch the game, it’s nowhere near that simple.

ONE Esports spoke with Nicolas “Yehty” Tesolin, an FPS observer for the Valorant Champions Tour to find out what exactly goes into observing some of the biggest esports tournaments in the world.

What does an in-game observer do in esports?

An in-game observer usually directs the flow of an esports match, through player perspectives and the spectator client.

There are two types of in-game observers for FPS titles in particular. A POV observer will be solely focused on swapping perspectives in the first-person.

A cinematic or free-cam observer is more focused on wide-angle shots, creative shots, or finding contextual moments that a POV observer might not be able to find.

For MOBA titles like League of Legends, you might also have a third type of observer — a replay observer. According to Yehty, replay observers have one of the most fun jobs.

“With an external program called League Director, they get nice cinematic shots within the Summoner’s Rift,” explained Yehty. “You’re able to scroll through and work limitlessly within the capacity of that spectator client and fly through wherever you feel like across the entire map. It’s a lot of fun.”

What skills do you need to be an in-game observer?

There are currently no strict qualifications to becoming an in-game observer for esports. Knowing the game is a given, as well as experience with the spectator client.

There’s also another level of familiarity needed with the teams you’re observing, the current meta of the game, how it may shift, and even the mindsets of players.

“You need to be able to predict what’s going to happen before everyone else in that lobby or anyone else viewing would be able to,” shared Yehty.

“For example, if I know a player that does any cross-map, Average Jonas-style Sova shock darts to try and counter some attacker, I might recognize that they’re going to do that lineup just based on their position on the mini-map. I can set up for that.”

Yehty also says that the ability to stay focused and good mental fortitude are essential traits for in-game observers. Observing can be quite easy to learn, but difficult to master.

The difference in observing FPS games vs. MOBA games

With the top-down view of MOBAs, you’ll be able to capture a good amount of action in one frame. The payoff comes in seeing everything come together.

However, in an FPS game, it’s the suspense and tension of not knowing that keeps us glued to our seats.

Why are in-game observers important in esports?

For starters, without observers, you don’t have a show.

But other than being the ones powering what you see onscreen, in-game observers help make esports less intimidating to viewers, especially at the more complex, professional level.

“It’s important that what’s being shown can be understood clearly to a viewer so that there’s no confusion about what’s happening at any given moment,” said Yehty.

Got even more appreciation for in-game observers now? We sure do! You can check out Yehty’s work all over the Valorant Champions Tour, including VCT Stage 3 Masters Berlin.

For more from our interview with Yehty, watch our in-depth video on YouTube.