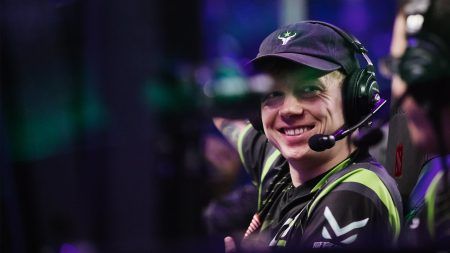 Ninjas in Pyjamas captain and The International 2015 champion Peter “ppd” Dager has announced his retirement from competitive Dota 2, citing a need to focus on his “personal growth rather than competition versus others.”

“Today I find myself focused on personal growth rather than competition versus others and because of that I feel like I have lost the grit and ambition necessary for myself to be the competitor I’m comfortable being,” said ppd in a statement.

Ppd retires as one of the most decorated captains in the history of the game, with over 1,000 victories in professional games, 42 tournament wins and almost US$3 million in prize money earned throughout the course of his career.

The Apex Legends pros of Team Canyon have stunned Team Mirage’s ex-CS:GO pros in the final of the ESPN Valorant Invitational tournament.

Team Mirage got off to a great start in the best-of-3 series, easily winning game one after racing out to a commanding 9-0 lead.

Game two was much closer with both teams trading rounds until Lucas “Mendo” Hakansson scored four kills by himself in the final round to tie the series up.

Game three went back and forth with both teams trading rounds until Coby “dizzy” Meadows managed to clutch out the 20th round for Team Canyon to put them at match point.

In the final round, it was Mendo again who stepped up for his team, picking up three sniper kills to win it for Team Canyon.

Coming off a stellar regular season, Cloud9 has capped off its 2020 LCS Spring run with a dominating 3-0 sweep over FlyQuest in the Spring Final.

This is Cloud9’s second LCS championship, and their first in six years, with their first win coming in the 2014 Spring Playoffs against Team SoloMid.

Cloud9 controlled all three games, exerting map dominance from the start. Cloud9 jungler and Spring split MVP, Robert “Blaber” Huang had another strong showing, putting up a combined 10/10/31 KDA, but it was top laner, Eric “Licorice” Ritchie, who impressed the most with a 14/4/26 stat line.

G2 outplayed Fnatic in all three games, exerting map control early and never letting up. G2’s Rasmus “Caps” Winther was the standout player for his team, with an overall 23/5/22 KDA, which included a perfect game two where he went 7/0/8 as G2 crushed Fnatic 16-2 in just 24 minutes.

This is G2’s seventh LEC title, and their third in a row.