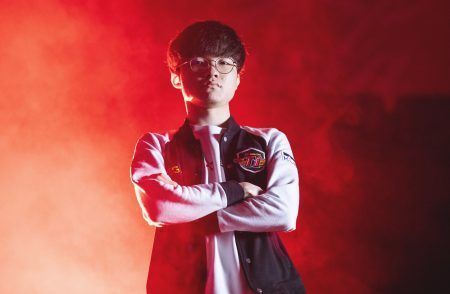 Faker becomes the first player to score 2,000 kills in the LCK

In game one, Faker picked up nine kills on Orianna, and in game two, he had three kills on Zoe, bringing his total to 2,001.

Faker was also the first player to reach 1,000 kills in the LCK, which he accomplished back in 2016.

Riot’s Project A FPS has officially been revealed as Valorant

Riot Games has finally lifted the curtains on its upcoming FPS title, previously known only as “Project A”. We now know that the game will be called Valorant, and it will be a free-to-play, tactical five-versus-five shooter, set for release this Summer.

Games will pit two teams of five players against each other in best-of-24-round matches, with teams taking turns on attack and defense.

Players will be able to choose from a wide cast of ‘agents’ from a variety of real-life cultures, each with their own unique abilities. All agents have access to all guns, which can be purchased via a round-to-round based economy.

For more information on Valorant, check out this post.

RRQ Hoshi dominated game one, with M “Lemon” Ikhsan carrying his team with a stellar performance in the mid lane, picking up seven kills in the first nine minutes alone.

With an 11k gold advantage, and the Lord on their side, RRQ took game one in just over 20 minutes.

In game two, Bigetron Alpha initially had the advantage, but a misplay left their members out of position and their base undefended. RRQ seized the opportunity and swiftly took down the Bigetron inhibitor to claim the 2-0 victory.

Cloud9 secure a playoff spot in the LCS

League leaders, Cloud9, continued their perfect season with dominant victories in week 6 of the LCS over Dignitas and second-place team FlyQuest, improving their standing to 12-0.

Cloud9′ ADC, Jesper “Zven” Svenningsen, had another fantastic week, going 3/0/6 against Dignitas and 6/1/3 against FlyQuest.

Cloud9 is the first team to secure a playoff spot for the LCS Spring Playoffs, which will take place later this month.