Esports viewership among females has increased

20% of all esports viewers are female, with Overwatch’s female viewer share at 26%. 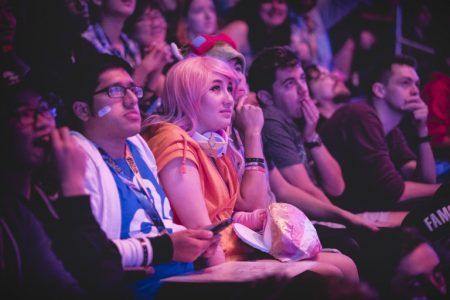 While both the gaming and esports communities have been growing larger and more influential, these segments have always been thought to be dominant male. However, a new study has revealed that esports viewership among females has increased significantly over the past couple of years.

According to a data gathered from a quarterly online survey of around 9,000 US residents by the research firm Interpret, female esports viewers now have a 30.4% share compared to all esports watchers. That number grew by a total growth of 6.5% since 2016, when females only accounted for 23.9% of viewers. In addition, out of those that watch esports leagues, 20% were female.

While males are still the main audience for esports, the growing number of female viewers is a good sign that the industry is on its way to becoming more inclusive.

“Changing behaviors among a large segment of people is difficult. Progress of this size always takes time; however, a 6.5% gain in gender share over a two year period is a trend in the right direction,” said Tia Christianson, Interpret VP of Research (EMEA).

Additional data from the report revealed that, of those that play games considered an esport on console and/or PC — gaming’s two main platforms — only 35% are female.

While that figure may account for more than a third of players of esports titles, it’s still far from the parity desired by most. Interpret continued that there is an extremely low level of female involvement in major esports titles like Counter-Strike: Global Offensive (24% female), Dota 2 (20% female), Hearthstone (26% female), and Overwatch (26% female), among others.

While females may often shy away from what would be considered as the ‘traditional’ esports titles, they have been more open to ‘non-traditional’ titles, especially on mobile.

According to Skillz, a platform that offers mobile competitive gaming and hosts a large selection of casual games, 7 of the  top 10 mobile earners on their platform in 2018 were female.

That suggest that, in order to increase female participation in esports, mobile gaming will play a big part.

With that said, the fact that there is a growing share for females in esports is.as good a start as any.

“If two years from now, females grab an additional 6% in share, esports viewership will be in gender split parity with what we consider standard among traditional console and PC games,” said Christianson.