Rocket League will now also be hosted on the Epic Games Store. 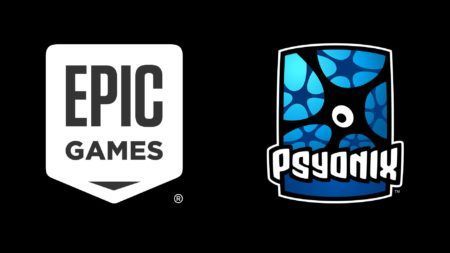 While the deal isn’t quite done yet and its terms remain undisclosed, Epic and Psyonix expect to close the acquisition near the end of May to early June 2019, the latter said in an announcement.

Psyonix assured its players that the acquisition will not change anything in Rocket League in terms of gameplay, adding that new features, content, and ways to play the game are still on their way.

In the long run however, Psyonix expects to bring Rocket League to the Epic Games store in order to make the game grow “in ways we couldn’t do on our own before”.

“Rocket League always has been and always will be a community-driven game, and now that we have joined forces with Epic, we will be able to serve our community in even bigger and better ways! […] We believe that bringing Rocket League to new audiences with more support is a win for everybody,” said Psyonix.

The developer also clarified that support for Rocket League on Steam — where the game’s PC playerbase has been thriving since its 2015 release — will continue even after it is released on the Epic Games Store.

The clarification came after a significant number of Rocket League players expressed fears that the acquisition meant that the game would soon be removed from Steam, owing to Epic’s recent policies of aggressively hosting titles that are exclusive to its own store.

“Rocket League is and remains available on Steam. Anyone who owns Rocket League through Steam can still play it and can look forward to continued support,” said Psyonix.

Whether Rocket League will continue to be sold on Steam after the acquisition, or that new players will have to buy it from the Epic Store instead, remains to be seen. How Epic will handle Rocket League’s presence on Steam will also be a significant development in the studio’s ongoing plans to wrest control of the digital PC games market from Valve’s monolithic platform.

Whatever the case may be, the acquisition can only mean good things for Rocket League and its esports scene, which is gearing up for the finals of Season 7 of the Rocket League Championship Series (RLCS) in New Jersey on June 21.