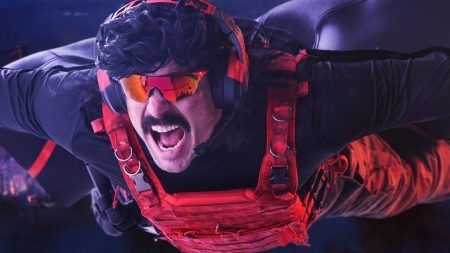 The flamboyant streamer broke the news on his multiple social media channels with an over the top “Big Announcement” video showing everyone that no one disrespects the Doctor.

The signing is a much-needed win for Twitch, which has seen fierce competition from Microsoft’s Mixer in the last year. Mixer signed Tyler “Ninja” Blevins, the biggest streamer in the world, and Michael “Shroud” Grzesiek, to exclusive deals with the platform.

Dr Disrespect has always been vocal about Twitch’s dominance in the streaming space. He compared both streaming platform’s overall viewership and claimed that Twitch’s numbers dwarfed Mixer’s overall concurrent viewership at the time.

He also believes that switching to Mixer will only cause streamers to lose overall viewership and once their exclusivity deal is over, they’ll struggle to regain their popularity.