Cyberpunk 2077 is getting its own comic book series

CD Projekt Red has teamed up with comic juggernaut Dark Horse for the limited run. 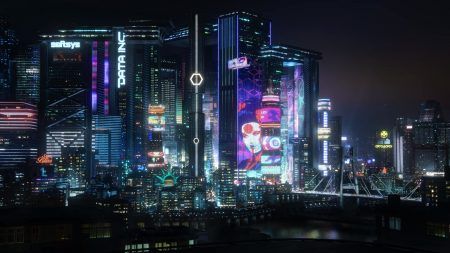 While the release of Cyberpunk 2077 has been delayed for another two months, fans of the upcoming game can at least look forward to a closer look at Night City through a different medium.

CD Projekt Red has teamed up with Dark Horse Comics to create “Cyberpunk 2077: Trauma Team,” a comic series that focuses on the corporation of Trauma Team International.

Featuring a blood-dripping Trauma Team helmet as the cover art, Trauma Team will unveil more of the dark underworld of Cyberpunk 2077’s most illustrious paramedical franchise.

According to its official entry on the Dark Comics website, the story revolves around Nadia, an assistant EMT and sole survivor of a rescue mission gone sour. As she continues to work under the corporation even after the incident, she and her new team tread into more dangerous and life-threatening situations.

Despite being a fairly new world created by CD Projekt Red, Dark Comics has enlisted some top-tier comic aficionados to bring Night City into a graphic novel form.

Cullen Bunn, known for his work on “Harrow County” and “Uncanny X-Men,” will be writing the Trauma Team story while Miguel Valderrama, known for his visuals on “Giants,” will be illustrating the comics and its covers along with colorist Jason Wordie.

The first issue of Cyberpunk 2077: Trauma Team will be published on September 9, priced at around US$4.