In Civilization VI’s New Frontier Pass, players will be receiving the Ethiopia Pack as the second DLC, getting new and improved leaders in Theodore Roosevelt and Catherine De Medici.

While the two famous historical figures are great add-ons, what sets this DLC apart is the introduction of secret societies. Secret societies act as sects that will stick with you throughout your game, providing you with a special, city-less governor with its own set of special attributes.

As of now, the developers have added four societies for players to join. The Owls of Minerva are masters of espionage who will provide you the schematics for a Gilded Vault, a bank with gold bonuses to Commercial Hubs. 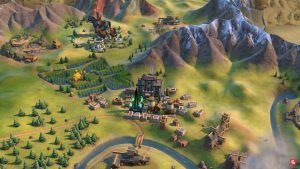 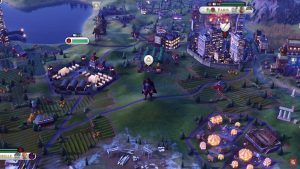 If you fancy the occult sciences, you can join the Hermetic Order which will give you the ability to see ley lines and build the Alchemical Society.

As for the Void Singers, they are followers of Cthulhu-like Ancient Gods who vow to unleash cosmic horror unto their adversaries. Joining this dark religion will grant you with Cultists, a faith-created unit that recruits followers in enemy cities, and the Old God Obelisk, a ghoulish replacement to the monument that provides additional faith.

Last, but not least, you have the Sanguine Pact that gives you access to Vampire units. These blood-sucking warriors gain combat strength when adjacent units perish and, instead of dying, they retreat to safety with one HP. For their building, The Sanguine Pact lets you build Vampire Castles that grant defensive bonuses, extra yields, and acts as teleporting stations in later eras.

Civilization VI’s Ethiopia Pack will be out on July 23.