Cabal Mobile is finally making its way out of Korea

The popular MMO is coming to the Philippines and Vietnam. 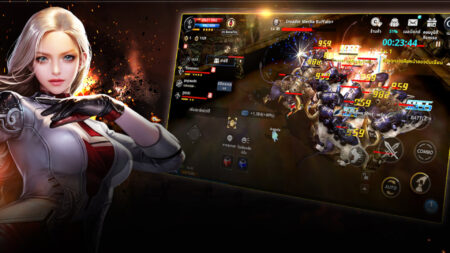 Popular MMORPG title and childhood favorite Cabal is making a comeback in mobile form as online game operator Asiasoft has just announced its mobile release in the Philippines and Vietnam.

The English version of Cabal Mobile will be available for Southeast Asian players soon, just two years after its exclusive South Korean release back in 2019.

Cabal refers to the group of powerful men inside the game, roaming around the world of Nevareth.

Cabal Mobile looks like a pretty faithful recreation of the PC version especially since the skill combo system has also been ported on mobile. This feature allows players to use character skills in rapid succession to form a chain of combos against tough opponents like dungeon bosses, according to a press release by Asiasoft.

Asiasoft has not yet revealed the official release date for Cabal Mobile so Filipino and Vietnamese fans will have to wait for a bit longer.

Cabal Mobile is the ported version of Cabal Online, an MMORPG with over 6 million registered users in the Philippines alone.

“Cabal PC is the number 1 MMORPG in the country and having the opportunity to share that experience for mobile aligns firmly with our thrust to bring top-quality games for everyone,” said Country Manager for Philippine Operations Apollo Dionglay.