Now this is one DOPE game you don’t wanna miss. 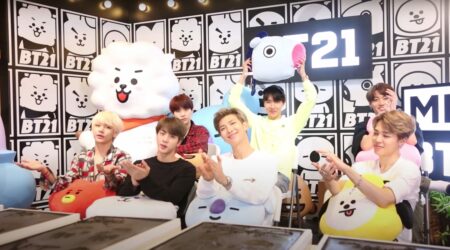 Get ready to spend your blood, sweat, and tears on a new BTS mobile game as BT21 Pop Star is now available in Asian regions.

This BTS mobile game features all seven characters of the BT21 universe: Koya, RJ, Shooky, Mang, Chimmy, Tata, Cooky, and Van. BT21 is the group of avatars co-created by our favorite boys RM, Jungkook, V, Suga, J-Hope, Jin, and Jimin with the help of the brand LINE Friends.

In BT21 Pop Star, these adorable characters will help you in solving match-three puzzles. Each BT21 character hides special skills that will surely come in handy during punishing levels and tough puzzles. Upon completing levels, players will earn rewards and eventually get special images available in BT21 Pop Town.

The game has different social features too, like Crown Stars, a real-time puzzle match with ten players, and Club, a chat tool for communicating with your co-Army.

Army can participate in BT21 Pop Star’s month-long debut event called the “Release Event” which tests the players’ ability to solve puzzles with a few moves as much as possible. The remaining moves will be converted to points that can be used to claim rewards.

The “Star Collecting Event” and “Balloon Up Event” will also launch soon as part of BT21 Pop Star’s opening events.