The carrier wanted to work with a team with a “crazy passionate fan base”. 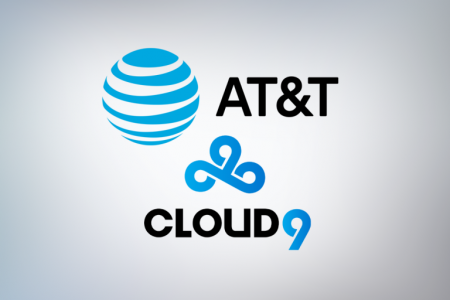 “We don’t have a single place where you can just go find out what’s happening in the Cloud9 universe in one spot, and I think that’s what’s unique about what we’re building here,” said Cloud9 co-founder and CEO Jack Etienne in a statement.

While the terms for the deal were not disclosed, Cloud9 apparently stood out among AT&T’s options among esports teams for its large, engaged group of supporters.

“We wanted the team with the crazy passionate fan base, the real folks that just love their team,” AT&T Assistant VP/Sponsorships & Experiential Marketing Shiz Suzuki said.

Cloud9 is one of the most popular esports organizations in the world, with 17.4 million followers across its various social media channels.

AT&T will also sponsor Cloud9’s ‘communications hub’ inside its headquarters — which is currently under development in Los Angeles — and have its logo placed on the back and sleeve of Cloud9’s player jerseys.

“As we get further along in fiber and 5G, there’s going to be more exciting things and more reason to be excited about our position in the space,” she said.

AT&T first broke into esports in 2018 by sponsoring ESL competitions at the E3 gaming expo, and working with gaming peripherals company RAZER on an esports/gaming-specific phone.