The Nintendo favorite is still under construction. 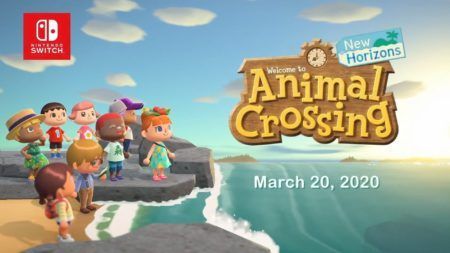 The updated release date was revealed at Nintendo’s E3 event, to the disappointment of fans of the village simulator who were waiting on its original 2019 release date, based on information from a teaser released last year.

That said, the latest clip gives us a fresh, high-definition look at the newest installment of the franchise. Watch as the main character farms, cooks, and catches animals in the vicinity. The trailer also showed us the four different seasons in the island village.

Nintendo also gave a 24-minute look at the beginnings of New Horizons.

Players will start off in a tent on the deserted island and are given only a camping cot, a radio, a lamp, and a new addition to the game, a Nook Phone.

With the Nook Phone, players can access apps such as the map, camera, DIY Recipes, Nook Miles, and Call Islander.

DIY recipes help keep track of the specific materials needed to craft certain objects and tools. Once you’ve found what is needed for one item, you can mosey your way down to Tom Nook’s workbench to instantly create the desired item.

Nook Miles work like your usual airline mileage program and help create a more rewarding system for everyday tasks. Actions like clearing weeds give players miles that you can exchange for items and other activities.

The Call Islander app seems to be the most important feature of the Nook Phone. With it, players can put the game into co-op mode where they play with another villager, up to four on one console, and up to eight online.

You can harvest materials together and share items from individual inventories with another player.

The last Animal Crossing game was New Leaf on the Nintendo 3DS back in 2012. The new game looks promising and will likely help bridge both old and new players with its fresh and more cooperative take on the beloved franchise.