6 delayed games that were absolutely worth the wait

And a few that werent. 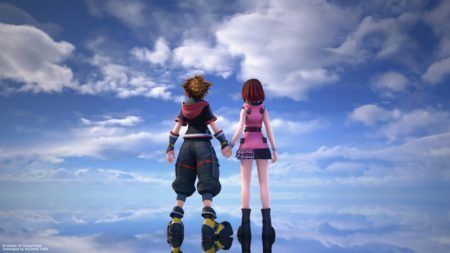 Almost all of them have ostensibly been delayed for the same reason “to put the final polishing touches on the game.”

This got us wondering if there’s actually any correlation between how long a game is delayed and how good it ends up being.

Was Mass Effect Andromeda’s two-year wait worth it? No

Andromeda was the fourth entry in the Mass Effect franchise that was announced on June 15, 2015, during E3. It was originally scheduled to release for late 2016 but was then delayed to March 21, 2017.

Mass Effect Andromeda received mixed reviews from critics and is considered the worst entry in the franchise. The game was plagued with technical issues like bizarre character facial animations.

Was Metal Gear Solid V: The Phantom Pain’s three-year wait worth it? Yes

The game’s first appearance was at the Spike Video Game Awards in December 2012. A “The Phantom Pain” teaser trailer was shown, which included a character that looked like Big Boss.

Lo and behold, it was actually the next Metal Gear Solid sequel of the franchise. The Phantom Pain was eventually released on September 1, 2015, just under three years later.

Was Persona 5’s three-year wait worth it? Yes

First announced in 2013, the game was set to be released the following year. But the game wasn’t fully finished yet. Persona 5 was eventually pushed to a September 15, 2016 release instead.

Some consider Persona 5 the greatest RPG of all time with the game, and it won multiple awards and received a Game of the Year nomination at the 2017 Game Awards.

Was The Legend of Zelda: Breath of the Wild’s four-year wait worth it? Yes

The game was originally teased during a Nintendo Direct presentation in January 2013 for the Wii U. It was set to release in 2015 but was delayed. In April 2016, the game was delayed again due to problems with its physics engine. It was eventually released on March 3, 2017, for the Wii U and the Nintendo Switch.

Many consider the game a masterpiece. Breath of the Wild was the highest-rated game of 2018 according to Metacritic and it holds the record for most perfect score reviews of any game of any year.

Was Resident Evil 4’s six-year wait worth it? Yes

Capcom announced in 1999 that they were working on a Resident Evil sequel. After a lengthy development period, which included a move from the PlayStation 2 to the Nintendo GameCube, and a change of game directors from Hideki Kamiya to Shinji Mikami, the game finally released on the GameCube on January 11, 2005.

However, when it did finally release Resident Evil 4 was considered one of the best video games ever made, receiving multiple “Game of the Year” awards from different media outlets.

Was The Last Guardian’s seven-year wait worth it? No

The game was announced during Sony’s E3 press conference in 2009 with a 2011 release date set.

But, due to hardware difficulties, the game was moved to the PlayStation 4 in 2012. The Last Guardian was then reintroduced at Sony’s E3 press conference in 2015 and was eventually released on December 6, 2016.

Team Ico, with game designer and director Fumito Ueda, began developing The Last Guardian in 2007, which was planned out to have similar gameplay elements as one of the greatest games of all time, Shadow of the Colossus. But the game suffered from gameplay and camera control issues which frustrated gamers and fell short of expectations.

Was Kingdom Hearts III’s eight-year wait worth it? Yes

But Square Enix’s development team was also working on Final Fantasy XV at the time, which caused Kingdom Hearts III multiple delays. The game was eventually released on January 25, 2019, eight years after being announced.

Kingdom Hearts III dominated the sales charts during its release, beating out the Resident Evil 2 remake from Capcom. Square Enix announced that more than 5 million copies were sold less than two weeks after its release, making it the fastest-selling title in the franchise.

Was Team Fortress 2’s nine-year wait worth it? Yes

Team Fortress originated as a free Quake mod back in 1996. In 1998, Valve hired the creators of the mod and announced the Team Fortress 2 sequel at E3 1999.

The game was then delayed due to the development team switching to Valve’s Source engine. Team Fortress developer Robin Walker later stated that Valve built “three to four” different versions of Team Fortress 2 during its many years in development. The game was eventually launched in 2007 as part of the Orange Box compilation.

Was Duke Nukem Forever’s 14-year wait worth it? Absolutely not

Duke Nukem Forever is the sequel to Duke Nukem 3D and was originally announced in 1997. After going through multiple different developers — 3D Realms to 2K Games/Gearbox Software — and being delayed for 14 years, the game was finally released on June 14, 2011.

Unfortunately, Duke Nukem Forever was one of the most disappointing games of all time, receiving overwhelmingly negative reviews. The game had long load times, poor graphics, terrible controls, and outdated humor.