5 Star Wars games that need to be made 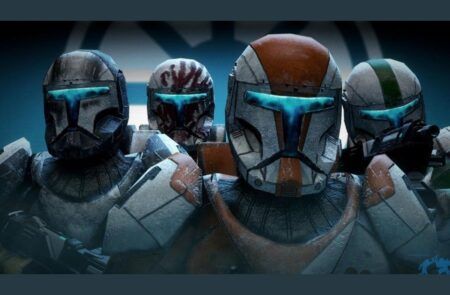 There have been a lot of Star Wars video games over the years, from MMORPGs like Star Wars: The Old Republic, to flight sims, and even a fighting game, but with how big the Star Wars franchise is, there’s still an entire galaxy worth of games waiting to be made.

Fortunately, the relaunch of Lucasfilm Games has sparked a new hope for Star Wars fans around the world. The studio announcement came right on the heels of Disney’s Investor Day, and opens up the possibility of new storylines, new characters, and even new genres to be explored.

Here’s five Star Wars games that absolutely need to be made:

A Star Wars looter shooter might actually already be in development. With the success of the Mandalorian, an RPG game following a bounty hunter trying to make a living, a la The Witcher style, seems like the most logical path for Lucasfilm Games. Plus, we know that they’re working with Massive Entertainment and Ubisoft, who have already developed one successful looter shooter game – Tom Clancy’s The Division.

Another clue that fuels this theory is Project Ragtag, a third-person adventure/heist game set in the Star Wars universe that was in development since 2013, but has since been cancelled. It was also headed by the creator of the Uncharted series. All signs seem to point to this kind of game so it’s probably more of a matter of when it happens than if it happens.

Sea of Thieves… but in space

So how about a Star Wars open-world game, except you need a full crew to operate a ship? We’re thinking something like Sea of Thieves, where the game is best enjoyed with a crew, as you travel from planet to planet, like in Star Wars: Rebels.

While you might be tempted to affiliate your crew with a certain side, this game, much like bounty hunting, could go to either the Light or the Dark Side of the Force, or even just running errands for the Empire. And much like our pirate-y peg, it could be interesting when your ship comes across another player ship or intimidating X-Wings, or even needing to literally steer clear of The Maw as you navigate your way through the galaxy.

This has been long overdue. In 2005, Star Wars: Republic Commando was released to critical acclaim for delivering a gritty look at the Star Wars universe, without Force powers or lightsabers.

The game ended on a cliffhanger, leaving fans anxiously awaiting the sequel… that never came. We think it’s high time that Lucasfilm Games resurrects this title, and maybe give the game a few upgrades, like a multiplayer mode. It’s been 16 years and we still don’t know if Sev is alive!

We did a bit of this in Battlefront II, but think more of Valorant or CS:GO, and then make it Star Wars. You’ll of course have the Imperials versus the Rebels, with various heroes on each side to choose from.

Each character would have a set of skills and weapons that they can use to accomplish a certain objective. You might have a Jedi with a lightsaber ultimate skill on one side, but then a stormtrooper commander might have a “summon AT-ST” ability.

There is a rebel Among Us

Okay, hear us out! A social deduction Star Wars game would be an amazing cross-over. You’re either in a rebel base or an Imperial one, and you’ve got to find out who the imposter is.

Non-imposters run around the base, ship, temple, or planet doing various tasks, and imposters can sabotage the opposing parties in different ways, like with specific win conditions on different maps.

Maybe special abilities per faction come in, like voting to heighten security if things get too sus? Either way, this seems like a game both Star Wars fans and non-Star Wars fans would enjoy playing.