The Thai team was on fire. Despite shifting to a tighter online format in 2020, Garena reignited the Free Fire pro scene with the return of its biggest offline tournament of the year, the Free Fire World Series.

Out of the 12 top teams, Phoenix Force powered through as the final victors of the Free Fire Worlds Series 2021 held offline in Singapore. 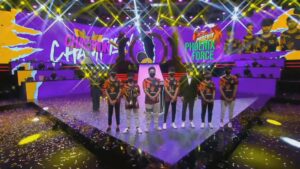 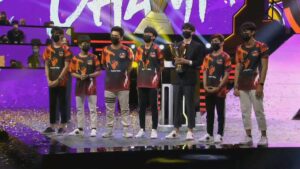 After TH runner-ups Attack All Around were eliminated in the Play-In Stage, Phoenix Force became the final Thai representative in the World Series.

Phoenix Force had a field day during the final, securing four Booyahs out of the six matches.

FFWS 2021 MVP TheCruz put up an exceptional closing performance by eliminating the entire Silence squad with a trusty grenade launcher.

Phoenix Force finished in first place with 48 kills and a total game score of 113 points, and took home home a massive US$500,000 cash prize.

Brazilian team LOUD ended the World Series in second place with 77 points, and claimed a US$250,000 cash prize.