This time, it’s a spacesuit. 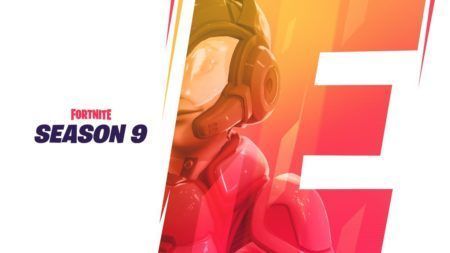 We may be heading to space in the world of Fortnite.

The second teaser for Season 9 of Fortnite has been revealed and features an intergalactic trooper skin inside the letter “E”. This follows yesterday’s reveal, which featured an “N”.

All the skins showcased seem to have a futuristic theme, with the first one wearing a demonic cyberpunk-esque horned mask.

Both teasers hinted that the future as “unknown” and “bright”. Could this be referring to an event leading to an alien invasion? With Epic and Fortnite, this is definitely a possibility.

Last season, Fortnite featured a pirate-island aesthetic with cosmetic skins like Blackheart and the introduction of the volcano. With Tilted Towers and Retail Row destroyed due to the volcanic eruption, this could pave the way for a space station to magically appear in Season 9.

While the letter revealed brings us closer to guessing that it could be “Neon”, it could also be “next” or “near”. We will probably be closer to unraveling the mystery once the third letter is revealed tomorrow.

Season 9 of Fortnite will be launching on May 9 on PS4, Xbox One, Nintendo Switch, PC, and Mobile.