The Reboot Van returns to Arena and tournaments

Pros can now revive during the Fortnite World Cup qualifiers. 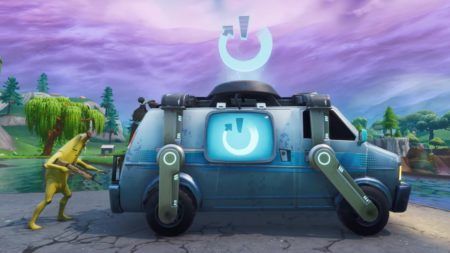 Fortnite professional players will now get a second chance, thanks to the return of the Reboot Van.

Having been previously seen parked in normal game modes, the respawn vehicle has finally makes a return to Arena and all professional modes of Fortnite.

For those not in the know, the Reboot Van provides players with the ability to revive their fallen squadmates. When a squadmate dies, they drop a reboot card that you can pick up and bring to a Reboot Van, which will slowly activate to respawn your squadmates. However, using the van can be tricky, as a beacon and audio cue will activate and alert nearby players.

The Reboot Van had been removed earlier due to an issue with scoring in competitive modes and how it count kills as points if a teammate has been rebooted.

Having been repaired, the Reboot Van will now be seen in professional tournaments such as the Fortnite World Cup Qualifiers, which will see its fourth weekend starting on May 4.

With six weeks of the Fortnite World Cup left to go, the re-introduction of the Reboot Van will likely change how pros approach the game, and the use of the mechanic could possibly be a key factor to see who will qualify for the upcoming Fortnite World Cup.