The prodigy Fortnite player gets a warm welcome to the org from NBA Hall of Famer, Shaquille O’Neal. 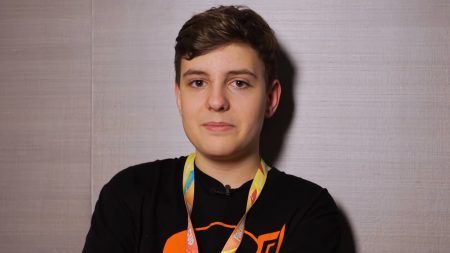 Just a day after his departure from his former org of Misfits Gaming, Fortnite pro player Cody “Clix” Conrad has already found a new home in NRG Esports.

Along with Clix’s brief statement on Twitter, NRG released an announcement video, featuring some of NRG’s players like Benjy “Benjyfishy” Fish and even investor, Shaquille O’Neal, who welcomed the young pro into their ranks.

“Excellence is not a singular stat. It’s a habit. You are what you repeatedly do. This squad stays on top. The next move: we all about to take NRG to a whole new level. Yo, Clix, welcome to the family,” narrated the basketball legend.

In the final clip, Clix accomplishes an incredible 1v3 against some fellow pros and you can hear Fortnite World Cup Solo champion Kyle “Bugha” Giersdorf saying “you’re pretty good, Clix” in the background.

Although the fifteen-year-old has yet to conquer the Fortnite competitive scene, Clix has had his fair share of wins in the Fortnite Champion Series and even qualified for the 2019 Fortnite World Cup five times. In the FWC, the then-Misfits member earned around US$162,000 by placing 18th in Solos and 35th in Duos.

Known for his incredible skill in stealing walls and speed-building, we’ll likely see Clix pair up with the likes of Benjy and the rest of the NRG crew in future online tournaments.