Fortnite’s revenue was nearly halved in just one month

Hopefully, the upcoming season 8 battle pass will help boost it back up. 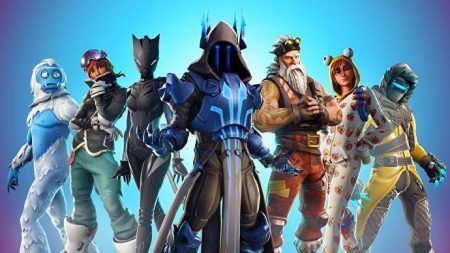 Fortnite: Battle Royale saw a whopping 48% drop in revenue between December 2018 and January 2019, according to a report by the research firm SuperData.

That sharp decline far exceeded what was expected to only be a dip during that span, which followed reports that Fortnite raked in over US$3 billion in profits for its developer, Epic Games.

While the peak of the holiday season — which often results in more in-game purchases — was expected to relieve any expected measure of decline in profits, it could apparently do little against profits being halved.

The reason behind such a staggering decline is unclear, thought it must be considered that it is harder for Fortnite than most games to take advantage of the holiday season because it is a free-to-play title that will most likely not be given as a gift for Christmas.

Another possible reason may be because the new battle pass for season 7 was sold in December and not January. Most players were not particularly impressed by the Ice Storm event that was supposed to be the highlight of Season 7, but instead many claimed was just a reskin of the Halloween event just a few months earlier. That would not have driven battle pass sales as much as it should have, which may be a factor in the decline. Even so, it’s certainly hard to pinpoint just one reason behind it all.

With that said, it is expected that Fortnite will make up for lost ground in by March or April, especially when considering the anticipated arrival of Fortnite Season 8.