There will be a total of US$100 million to be won. 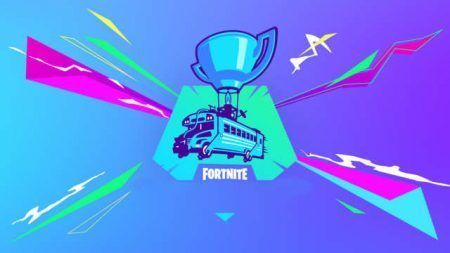 Fortnite: Battle Royale developer Epic Games has announced that the game’s marquee esports event, the Fortnite World Cup, will kick off on April 13.

This is your road to the Fortnite World Cup! Get all the details here: https://t.co/HM5iubonLq pic.twitter.com/Wi3uxUqGGQ

According to the announcement by Epic Games, April 13 will see the start of 10 weekly qualifying tournaments that will lead up to the Fortnite World Cup Finals in New York, which will have a massive US$30 million prize pool.

The qualifying tournaments will first feature solo competitions before moving on to duo competitions in Week 2. They will then alternate back and forth for the 10 weeks through June 16.

The 10 qualifying tournaments will be held Sunday of each week, with 3,000 players competing in a three-hour window where the entrants can play up to 10 matches for a slice of a US$1 million prize pool in an Online Open Final.

Those 3,000 players will be chosen the day before each Open Final from the top scorers of a three-hour, 10-match maximum Online Open semifinals.

To earn a spot in a semifinal, aspiring players must first progress to the Fortnite Champion League in the game’s new Arena game mode.

The highest-ranked players from each qualifying tournament will then receive a direct invite to the Fortnite World Cup Finals, which will be held from July 26 to 28 in New York City.

Up to 21 players will qualify for the World Cup Finals from the weekly solo competitions, while up to 11 duo pairings will receive invites each week. Most of the spots in the Finals have been allocated to players from the European and North American regions.

Epic Games previously announced the breakdown of the massive finals prize pool; with the champion of the finals solo competition taking home US$3 million, with all qualifiers guaranteed to receive at least US$50,000. The developer also announced in late February that there will be US$100 million in prizes offered throughout Fortnite’s planned competitive year.