Fortnitemares 2020 is a spooky treat for horror fans. While Fortnite may look like the family-friendly alternative of the battle royale genre, the cartoonish BR game takes a dark turn with its newest update of Fortnitemares.

The current Fortnite atmosphere is densely riddled with pop culture. From crowds dancing to The Weeknd’s Blinding Lights to players collecting a ton of hero skins with the newest battle pass, developer Epic didn’t seem like they were going to throw any curveballs soon.

I can easily say that I was wrong.

Being a casual Fortnite player for a few years now, I was expecting to see the usual hordes of ghouls and trademark Halloween weapons to come around, but after dropping down from the Battle Bus, I was immediately confronted by a dense purple fog.

Upon landing, the entire landscape turned into a ghost town akin to Silent Hill. Streets and forests were completely covered in a purple haze that significantly decreases your vision and I must say it’s pretty scary. 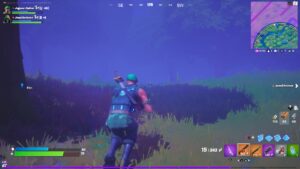 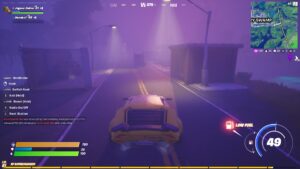 While it’s already hard to sense normal enemies with the fog of war, it hits its full stride once you encounter Fortnite’s newest kind of enemy, the Shadow.

In previous years, Fortnitemares was usually accompanied by AI ghouls who’d spawn randomly throughout different locations. While Epic started adding stronger ghouls to mix things up, the AI’s capacity to truly turn into a horde came up a bit short compared to my usual expectations molded by the likes of Left 4 Dead 2 and World War Z.

In Fortnitemares 2020, the horde takes a reanimated turn with eliminated players being dropped back into the fight as Shadows. While the ghouls of yesteryear were still quite a burden, player-controlled Shadows are an absolute terror in the game. 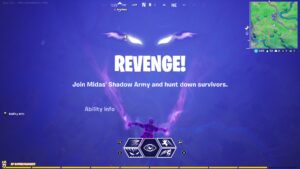 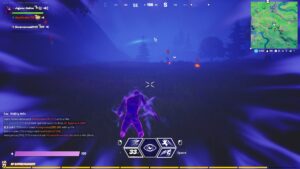 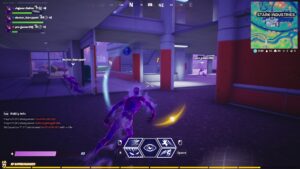 Shadows are utility-heavy characters, equipped with player-detection, movement skills, and a killer claw combo. Not only do they spawn right on top of their dead body for a quick revenge attack, but you can also group up with fellow Shadows, possess vehicles, and coordinate attacks on the remaining players. You can even win an all-new Nitemare Royale if you can wipe the map of the living.

With Shadows perfectly blending in with the fog, Fortnitemares turns the quirky battle royale into a survival horror game and I’m all for it. If you’re looking for an interactive kind of zombie action for Halloween, Fortnitemares might provide you and your friends with the perfect, foggy setting.

The limited-time game mode will be up on servers from now until November 1.