Deadpool is coming to Fortnite

Here’s what you need to do to start unlocking him. 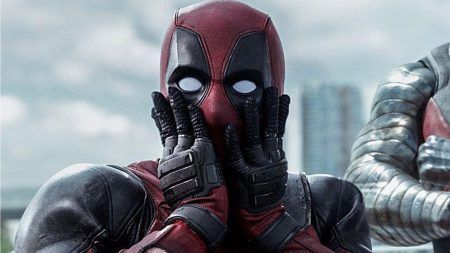 Deadpool, Marvel’s beloved smack-talking anti-hero, is set to make his way into Fortnite: Battle Royale for the new secret-agent themed season of the game’s second chapter.

Deadpool (not so subtly) teased his impending entry into the Fortnite universe at the end of the trailer for the Fortnite Chapter 2 Season 2 Battle Pass, where he is seen pointing to an image of himself bathing in a big pile of V-Bucks:

While Epic Games has yet to officially announce Deadpool’s arrival, the ‘Merc with a Mouth’ is presumably the secret skin for this season. It also appears that his skin may be tied to the battle pass, instead of being a special skin in the Item Shop as with previous Fortnite crossover events.

The upcoming Deadpool skin seems to be unlockable through a series of special challenges tied with the new battle pass, of which the first two are already in the game.

To get to the first challenge, simply launch the refreshed battle pass menu then look for a vent above and to the right of the challenges table.

Clicking on the vent transports you to a filthy room that has evidently been occupied by Deadpool himself. Click on the computer on the right side of the room to start the secret Fortnite-Deadpool crossover challenges.

The first challenge revealed is a simple quest to find a letter that Deadpool wrote to Epic Games. Exit the computer screen then interact with the letter on the ground to the left of the monitor to see his crazed writings and complete the first challenge.

Once you’ve finished reading the letter, return to the computer to receive the second challenge, which is to not thank the bus driver. You can complete this challenge in your next match by simply being impolite and not thanking the bus driver before getting off the battle bus.

If you’re not yet aware, you can thank the bus driver by pressing the ‘B’ key on your keyboard for the PC, or pressing the ‘Down’ button on your controller for consoles. Just don’t do that if you want to complete the second Deadpool challenge.

Those are the only available challenges for the crossover for now, and it seems like more will be released in the coming weeks until the Deadpool skin is officially released.

As much as Deadpool loves breaking the fourth wall, he won’t be the first Marvel character to invade the Fortnite universe. Thanos beat him to it in April last year, as he was a playable character in a limited-time event as part of Fortnite’s Avengers: Endgame crossover event.