The 17-year-old Dane has career winnings of roughly US$100K to date. 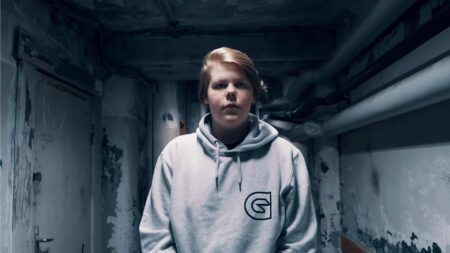 London-based Guild Esports continues to expand its presence in a number of European esports scenes. After announcing its complete Valorant roster one month ago, to more recently bolstering its Rocket League lineup with the signing of former RLCS champion Deevo, the organization is now dipping its toes into Fortnite.

The club has signed free agent Nikolaj “Flikk” Frøslev as its first Fortnite pro. The 17-year-old Dane last played with Austria’s Wave Esports and is a top 20-ranked Fortnite player in the EU region. He most recently notched a 3rd place finish in the Fortnite Champion Series Trio Finals.

“Guild is the perfect fit for me, and I’m determined to continue building on Guild’s success, and my own personal achievements,” said Flikk.

“The Guild organization has been really welcoming and helped me settle in, and I’m eager now to get started and focus on my performance.”

Flikk made an instant impact for Guild, debuting at the Fortnite EU Encore on November 21, racing to the top of the leaderboard in the early stages of Session 2. Guild Esports ended the day ranked fifth overall out of 213 participating teams.

In addition to leveraging Flikk’s in-game talents, Guild Esports also looks to benefit from the Dane’s massive social media following, with an audience of 237,900 followers worldwide spread across his Instagram, YouTube, Twitch, and Twitter channels.