The mythic beasts of Yore are almost here. 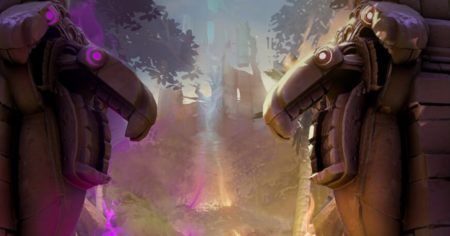 The special custom game Wrath of the Mo’rokai is arriving to the Dota 2 servers next week.

The upcoming in-game event was briefly mentioned in a Dota 2 blog post. Wrath of the Mo’rokai is set in the jungles of Fellstrath, where two mythic beasts called Mo’rokai can be found. The victorious players who will be able to conquer the Wrath of the Mo’rokai game mode will receive a special stash of Battle Points.

Aside from the Mo’rokai event, Dota fans should also stick around next week as the much-awaited Immortal Treasure II, which houses one Immortal item and may even include a rare bonus item, will be launching as well.

The announcement also came with a new Dark Willow Announcer Pack reveal, which is available for Battle Pass owners today.

READ MORE: Five heroes that may soon come to Dota 2