What to expect from ChYuan, Fnatic’s new offlaner 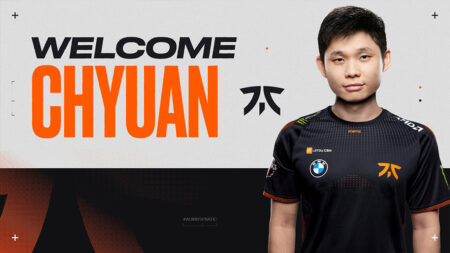 After the departure of Natthaphon “Masaros” Ouanphakdee following the Singapore Major, Fnatic needed a new offlaner before the start of season two of the DPC upper division league.

While many suspected Yang “Deth” Wu Heng could join the team after his successful run as a standin for OB.Neon at the Singapore Major, Fnatic instead took a different approach and picked up Malaysian veteran, Ng “ChYuan” Kee Chyuan.

ChYuan is certainly an interesting pick up, as up until this point in his career, he has predominantly played in the middle lane for teams including Team Aster and most recently team ZeroTwo. In the past, chYuan has dabbled in the carry role as well but has shown more comfort in the middle lane.

So what does ChYuan bring to the table for Fnatic? There is a big possibility we will see some role flexing between ChYuan and Kam “Moon” Boon Seng. Both players share similar hero pools but vary greatly in their approach to the midgame.

Moon overall is a sacrificial mid player who doesn’t pull resources away from his carry, Marc Polo Luis “Raven” Fausto. ChYuan on the other hand excels at more farm-centric mid heroes that become more threatening as the game goes later. Think heroes such as Invoker, Monkey King and Ember Spirit. The downside to this being that some resources will be stripped away from the carry unless ChYuan starts snowballing with this additional farm. This is all speculation but the opportunity for role flexing is definitely there now that ChYuan is on board.

As for what we could expect from ChYuan in the offlane, we are all in the dark here since this will be his debut playing the role. Looking at his past performance in previous roles, there’s a good chance ChYuan will end up being an aggressive initiator for the team. We’re expecting to see heroes such as Death Prophet, Puck, and even Kunkka since these heroes perform reasonably when flexed in the offlane role.

We don’t know how long ChYuan’s been practicing offlane for so it’ll be interesting to see whether or not he has a sizable pool of traditional offlane heroes ready and waiting.

Catch ChYuan’s in action with Fnatic on April 21st as they take on Execration in their first series for season 2 of the SEA DPC upper division league.