Virtus.pro and Natus Vincere have qualified for the Leipzig Major

After missing the first Major of the season, both VP and Na’Vi made the proper adjustments to secure their invite to the Leipzig Major. 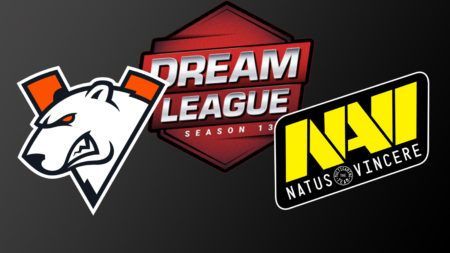 The CIS closed qualifiers for DreamLeague Season have wrapped up, with Virtus.pro and Natus Vincere taking the top spots and qualifying for the DPC Leipzig Major.

The 10 best teams from the CIS region battled it out on the new Outlanders Update (patch 7.23b), in a two-group, best-of-two round-robin format.

Group A included Gambit Esports, Team Spirit, Gentlemen, jfshfh178, and Khan. Gambit took complete control of the group, going 7-1. Their only loss came at the hands of Team Spirit, who finished second with a 5-3 record.

Group B featured Natus Vincere, Virtus.pro, HellRaisers, Winstrike Team, and Unique Nova. Na’Vi dominated the group with a 7-1 score, while VP and HellRaisers both finished the group stage with a 5-3 record. A tiebreaker best-of-1 match between the two saw VP come out on top to advance to the playoff stage.

Unlike the other region’s closed qualifiers, the CIS region will result in only two representatives advancing to the Leipzig Major. This means that their playoff stage will be composed of more matches compared to the other closed qualifiers.

During the semifinals, VP advanced to the upper bracket final by defeating Gambit 2-0. Team Spirit also made it to the final by outplaying Na’Vi 2-1.

VP was able to secure two dominant and convincing games over Team Spirit during the playoff stage of the qualifiers. Egor “epileptick1d” Grigorenko helped his team win game one with a well-executed Phantom Lancer draft.

After losing game two, VP dominated the final decider game with their early game aggression that earned them a 17-3 kill score lead at the 16-minute mark.

After defeating Gambit Esports in a hard-fought 2-1 series in the losers’ semifinal, Na’Vi was able to continue their momentum by stomping Team Spirit during the first game.

After losing game two, Na’Vi crushed Team Spirit’s hopes of entering the Major by pulling off an amazing comeback victory led by their team captain, Bakyt “Zayac” Emilzhanov, who made critical saves on his Dazzle with his Shallow Grave ability.

The prize pool for the tournament is US$1 million and 15,000 Pro Circuit Points.