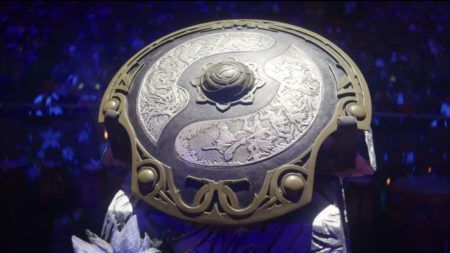 True Sight, Valve’s new behind the scenes documentary of The International 2019 Finals between OG and Team Liquid, is now available on YouTube.

The short movie brings fans up close and personal with their favorite Dota 2 players. With extended dialogues between teams during the banning and picking phase, we get to see the chemistry and expertise of the pros. Even when facing a loss in the first game of the series, you can hear the boosts of morale that Sébastien “Ceb” Debs gave to his fellow OG members.

Although the documentary highlights OG’s remarkable victory in a broad sense, it also puts runner-ups Team Liquid in the spotlight as well.

Between games, the film takes us on a back-and-forth among the two team huddles, riddled with critiques to their gameplay and quick jokes to lighten the mood.

Although Team Liquid ultimately faced defeat in the end, it’s refreshing to see how Liquid’s then-captain Kuro “KuroKy” Takhasomi did his best to lead his team throughout the games. Even with his teammates praising his leadership, he ultimately gave praise to the victors, sincerely stating that “OG’s the best.”

You can watch True Sight: The International 2019 Finals down below: