The hugely popular mod has over 4.5 million subscribers and over 370,000 unique players daily. 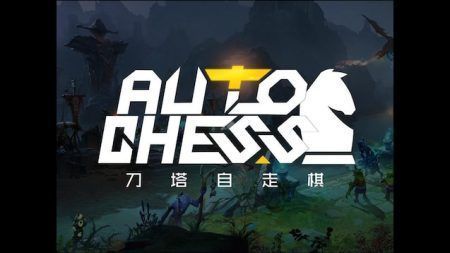 Dota 2 developer Valve Corporation is reportedly looking to acquire the ‘Dota Auto Chess’ mod, the most popular and hugely successful custom maps in the game.

Valve has been looking to commercialize the popular Dota 2 mod as well as offer support and development help to its creators to turn it into a full-fledged title, reported VPEsports, .

The creators of Dota Auto Chess even said in an AMA in the Dota 2 subreddit that they have already contacted Valve and working with the company to include a matchmaking system. The team behind the popular mod also revealed that its unprecedented popularity has forced them to think about hiring more staff and expanding their marketing team.

As of the time of writing, Dota Auto Chess has over 4.5 million subscribers and over 370,000 unique players daily. The mod hit that 4 million subscriber milestone back in February 16, and its player numbers continue to swell by the day.

Not only is the mod very popular in the Dota community, it has also attracted players — even professionals — from other games such as Hearthstone and Counter-Strike: Global Offensive.

It’s hard to pin down one concrete reason behind the mod’s popularity, but its gameplay — which combines elements of Dota, chess, and deck building, among others — seems to suit the tastes of a wide range of players.

Valve would do well to acquire Auto Chess, as the developer’s own Dota-related side project, the card game Artifact, has been a bust. The game has struggled to even peak above a thousand players and even hit an all-time low of just 299 players recently.

Given the massive success of Dota Auto Chess despite being a mod, Valve can make up for all the ground that Artifact lost should they acquire the custom game and develop it into a full-fledged title.

Interestingly enough, the base game that Auto Chess was built from, Dota, first started off as a mod itself for the popular real-time strategy game Warcraft III. Valve making a full game out of a mod to Dota 2 would complete the circle, so to speak.