Under the SEA (League): A closer look at Team Adroit

Can Adroit finally get over the hump in the ONE Esports Dota 2 SEA League? 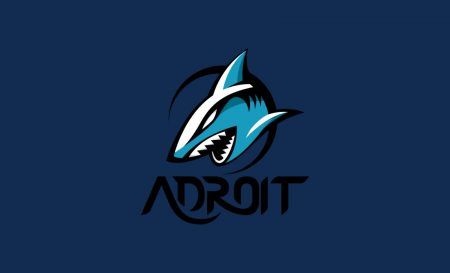 Adroit has been one of the strongest teams in Southeast Asia since the scene shifted to online competitions. However, the team has yet to win an event that included the region’s other powerhouses in Fnatic and TNC Predator. Adroit will be looking to finally get that big win in the SEA League.

Here’s a quick rundown of the team’s performance this year, and a closer look at the Adroit roster and how it matches up against its SEA rivals in the ONE Esports Dota 2 SEA League.

The newly-formed squad breezed through the Southeast Asian open qualifiers of The International 2019 (TI9) to make it to the region’s closed qualifiers. Despite finishing third in the qualifier and missing out on attending TI9, Adroit was showed much promise after respectable showings against more established teams such as Mineski and Jinesbrus.

Adroit started the 2019-2020 Dota Pro Circuit (DPC) from the outside looking in, as they didn’t get a direct invite to the SEA qualifiers of the MDL Chengdu Major. The team breezed through another open qualifier and made it to their first Major of the season after finishing third in the qualifier behind SEA powerhouses Fnatic and TNC Predator.

Despite their promising showings before the Major, Adroit faltered in Chengdu and bowed out at 13th-16th place. The team would bounce back in December as they won the gold medal for Dota 2 as the Philippine National team in the first-ever esports medal event at the 2019 SEA Games. In an intense five-game series for the gold medal, the Adroit roster was able to outlast the Thai national team, which was notably led by Fnatic players Nuengnara “23savage” Teeramahanon and Anucha “Jabz” Jirawong.

Adroit fell into a slump soon after and failed to qualify for the second Major of the season, DreamLeague Season 13: The Leipzig Major. While they were able to bounce back and make it to the ESL One Los Angeles Major, the tournament was eventually canceled and the DPC suspended indefinitely by the coronavirus pandemic.

Adroit had a strong start as the scene shifted to online competitions, as they won the SEA division of WeSave! Charity Play and finished second at ESL One Los Angeles Online SEA. The team has seen mixed results since then, however, as they finished 5th-6th at BTS Pro Series: SEA Season 1 and fourth at ESL One Birmingham Online SEA.

Adroit’s play somewhat reflects the nature of its roster. Natsumi and Mac are both young core players that have highly-aggressive and flashy playstyles. The two often take turns playing as either the farm-intensive hard carry or the playmaking semicarry, depending on the draft or the team’s needs.

Meanwhile, team captain Boombacs and Bok provide a dynamic veteran presence. Both have a measured approach to the game even if they often play as initiator heroes from the position 4 support and offlane roles, respectively. Finally, cml is no stranger to pulling off subtle impact plays even if he’s the position 5 support player.

While strong rivals Fnatic, TNC, and Geek Fam stand in their way, Adroit has the chance to get their first championship of the season in the ONE Esports Dota 2 SEA League. If they can get over the hump, then the sky should be the limit for them.