Jhocam with the greatest escape since Michael Scofield broke out of prison. 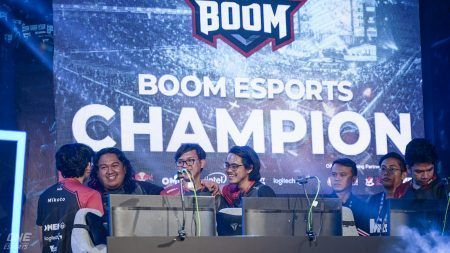 With the ONE Esports Dota 2 Jakarta Invitational Indonesia Regional Qualifier now over, here’s a look back at the top 5 plays from the weekend.

Rafli Fathur “Mikoto” Rahman used his Ball Lighting ultimate to zip into four Team Oracle heroes. He then used his Electric Vortex ability to lock down and eliminate the controlled enemy heroes.

Jhocam jukes everyone on Team Oracle

After a botched middle lane push by T1, Jhocam was left surrounded by four Team Oracle heroes with what looked like no way out.

However, he was somehow able to juke the entire enemy team with his Blink and teleported back to base safely.

T1 foolishly walked into Team Oracle’s high ground advantage where they were caught by Adrian “Destrice” Eng’s Nyx Assassin who used his Impale.

Meng “No7” Ou followed up with a Dream Coil ultimate that kept T1’s heroes stunned up. This allowed Daniel “Ghost” Chan to land huge damage on T1’s heroes with his Medusa and win the team fight.

Brizio Adi “Hyde” Putra was able to sneak up to Meng “No7” Ou’s Puck undetected while scouting for nearby Team Oracle heroes.

With No7 completely caught off guard, Hyde landed a perfect Impale that killed the enemy middle lane hero.

READ MORE: BOOM Esports 2-0 Oracle in the Grand Final of the ONE Esports Indonesia Regional Qualifier