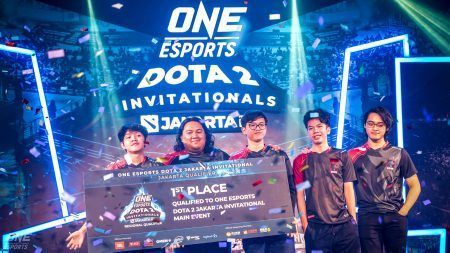 With their victory, BOOM will join Reality Rift, the winners of the Malaysia Regional Qualifier, as the two qualified teams that will compete alongside 10 other invited teams at the ONE Esports Dota 2 Indonesia Invitational in November.

Oracle predictably dominated the laning phase, shutting down Dreamocel and Fbz and holding onto a 10-2 kill lead at the 15-minute mark. However, they could not stop Mikoto from getting free farm and leading BOOM in taking over by the midgame.

After winning a huge fight 19 minutes in, BOOM was able to secure an Aegis for Mikoto that they used to force Oracle back into their base and secure a 10,000 gold lead by the 25-minute mark.

While Oracle was able to strike back and pick off both Dreamocel and Mikoto, they couldn’t stop BOOM from securing the second Roshan of the game at the 31-minute mark. With another Aegis in the hands of Mikoto’s nigh-unstoppable Templar Assassin, BOOM simply steamrolled into Oracle’s base and forced the GG call after 34 minutes.

Mikoto finished the game with an excellent 9/1/4 KDA to lead his team.

Oracle looked to bounce back with a highly mobile, hard-hitting lineup with Ghost on Slark, no7 on a mid Ember Spirit, Monster on Clockwerk, Destrice on a support Tiny, and lordboonz on Io.

BOOM opted for another strong midgame timing, this time headed by a last pick mid Huskar for Dreamocel, with Mikoto on a safelane Void Spirit, Fbz on Batrider, Hyde on Earthshaker, and Khezcute on Oracle to back him up.

Oracle looked like they were in a good position during the laning phase, as Ghost had an excellent start and they were able to take down Dreamocel in many of the early fights. However, they gave the lead away to BOOM when they fed them four kills while trying to stop them from securing the Aegis at around the 17-minute mark.

With an Aegis in the hands of Dreamocel, BOOM marched up to Oracle’s base and took down their bottom melee barracks just 22 minutes in. After the Indonesian squad won a huge teamfight where they bagged seven kills and then claimed Mega Creeps at the 27-minute mark, Oracle was forced to call GG.