Team Secret had no answer to Liquid’s better drafts. 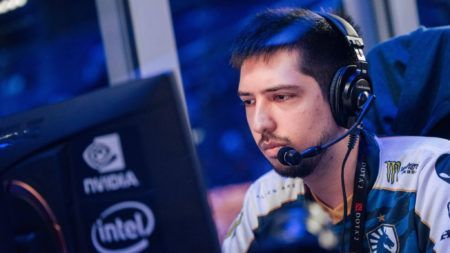 With OG knocking out PSG.LGD in a tightly contested series to stake a claim to the first TI9 Grand Finals seat earlier in the day, Team Liquid and Team Secret made sure their matchup served up classic of their own for the history books.

As former teammates and the only players to have attended every TI to date, Liquid captian Kuro Salehi “Kuroky” Takhasomi and Secret captain Clement “Puppey” Ivanov certainly have plenty of backstory between them. Friendship — or rivalry — aside, it all came down to this series to see who would advance to face Chinese powerhouse PSG.LGD in the Lower Bracket Finals, and who would bow out and settle for fourth place

In the end, Team Liquid continued their unbeaten nine-win streak in the Lower Bracket, sending Secret home in dominant fashion. Secret will exit with at least US$2 million in prize money and their highest placement at The International yet.

Team Liquid decided to start the first game with a surprise Meepo pick for mid-laner Aliwi “w33” Omar, but it made a lot of sense since Secret decided to try the carry Io again played by Michał “Nisha” Jankowski.

With the carry Io strat dependent on farming up the Aghanim’s Scepter, the aggressive Meepo pick ensured that Secret didn’t have any time at all for Io to get online since Meepo would scale up much faster.

The power of the Meepo pick soon proved itself, with Meepo getting a 15-minute Ethereal Blade as well as taking Roshan out for a second life.

Liquid continued to pile on the pressure before Io could even get online, taking out the mid set of barracks at the 17-minute mark with Secret unable to respond. Liquid continued to take fight after fight, and with a second Aegis in hand, it was all over for Secret after 27 minutes.

Learning their lessons from the first game, Secret went for a more standard line-up in the second game with Wraith King, Magnus, Bristleback as cores, while Liquid pulled an Alchemist and Dark Seer combo — a strategy that worked for them in their game against Evil Geniuses.

This time around, Secret got off to a much better start, preventing w33’s Alchemist from getting a super-early 10-minute Radiance (although he still managed to get one at 14 minutes). Realizing that Liquid was planning for a later game, Secret went for a Hand of Midas on Nisha’s Wraith King. But Liquid decided to start fighting once w33 started getting farmed.

Meanwhile, Secret’s Yeik “MidOne” Nai Zheng’s Kunkka easily won the mid-lane against Liquid’s Amer “Miracle-” Al-Barkawi’s Kunkka. MidOne was pretty much unkillable at the mid-game mark, with Liquid heroes retreating every time they saw him on the field, but Secret still failed to get any of Liquid’s towers at the 15-minute mark.

The tides started shifting once w33 was ready, with Liquid having enough sustain to win drawn-out fights in spite of MidOne’s best efforts at keeping them at bay and Secret’s Ludwig “zai” Wahlberg making Reverse Polarity plays on his Magnus.

Despite Secret’s best efforts at holding back w33’s Alchemist, it just wasn’t enough, thanks to perfect control and catch from Liquid’s lineup. With each side constantly engaging in drawn-out team fights, in the end, Secret just couldn’t hold up and called GG.