Who is in the limelight? 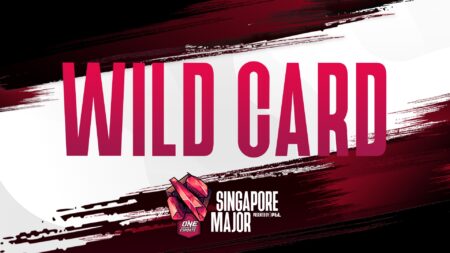 This article is part of a series of articles written for the ONE Esports Singapore Major by illustrious Dota 2 statsman, Ben “Noxville” Steenhuisen.

In the run-up to the ONE Esports Singapore Major, I surveyed 537 esports fans and analysts online to see how they felt the Major would pan out.

Do note that I conducted this survey before any news of substitutes/cancellations were announced — so bear that in mind when looking at the fan impressions.

First off, here are the results in a pair of bar charts:

Europe was the most represented region among respondents in the survey, and China the most under-represented, although China garnered significant support from other regions.

21.5% of people surveyed indicated that they don’t support any specific region, which was the most picked option after Europe. SEA and South America were the least supported by people from their own region.

Who’s advancing to the Group Stage?

Pre-lockdown ratings will have ever-increasing error bounds until the regions compete against each other in an event such as this — although the lingering historic team strengths are at least some indication of how we expect the regions to perform (you can check out my own analysis of the Wild Card teams based on past performance here).

Fortunately, this is exactly the sort of situation where crowd-based power-rankings can excel, shining the darkness which the stats can’t illuminate.

Based on our survey responses, our crowdsourced Power Rankings for the Wild Card round looks like this:

Fans seem to heavily back Vici Gaming and Team Nigma to place top two and advance (55% and 49.3% respectively).

Most fans felt Gambit and T1 were the weakest teams — just 4.1% think T1 will place top two and just 1.9% have backed Gambit to do the same.

What is interesting is that people feel LGD could place anywhere in the top 4, whereas people believe Liquid is more likely to come 2nd or 3rd (56.4% of responses) rather than 1st or 4th.

As mentioned in my analysis article, Nigma are playing with a substitute so if anything this must (at least slightly) negatively impact the prediction of their performance. If anything, Nigma’s difficulties must also push Vici even further ahead as a firm favourite.

The professional analysts that responded to the survey agree with this analysis — they had Vici Gaming at over 75% chance to come 1st however they believed LGD, not Nigma were the favorites to come second.

None of the analysts predicted Gambit or T1 to advance, although two analysts believed T1 would come 3rd-4th. Overall this suggests Vici, Nigma & LGD are the overall favorites to advance.

Overall Vici is by far the consensus favorite to advance, but with the format changes allowing three teams in, it becomes a very close contest between Nigma, LGD, and Liquid for the second and third spots – which ultimately could end up in tiebreakers.

In any case, like in the build-up to The International, there is huge uncertainty as to what style of Dota will dominate in the cross-regional meta, and any of the teams present have big upset potential – even a team which most people have written off.

Best of luck to all the teams competing!