Silencer now has the highest win rate in Dota 2 after patch 7.32c

A hush falls on the battlefield. 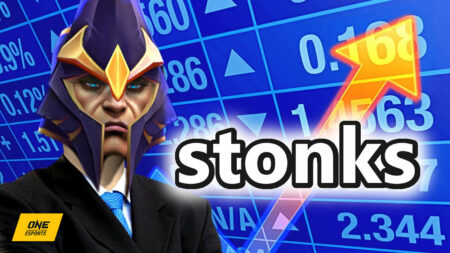 Turn down your volumes, because the party dampener is here.

Patch 7.32c was a relatively small patch that wasn’t meant to shake the meta as The International 11 is right around the corner, but it’s been extra kind to Silencer, everybody’s (un)favorite killjoy.

Silencer currently enjoys a 56.42 percent win rate, according to Dotabuff at the time of writing. It’s the highest mark of any hero, and seems to be steadily increasing.

Even in pro level pubs, Silencer is booming. While pick rate is still low, the hero has a 56.8 percent win rate, only lower than Lone Druid, according to Dota 2 Pro Tracker.

IceFrog, I see what 7.32c has done for Silencer

A straight up increase in damage with no other penalty, scaling to an extra 100 at level four, is a big boost for any hero.

Arcane Curse has always been Silencer’s defensive deterrent, especially in lane and in team fights. Adding an initial burst of damage makes it even more effective, for it can cancel Blink Daggers on heroes trying to escape.

And really, it’s just a lot of damage. Abilities generally get adjusted by single digits, or in the tens. 100 is almost unheard of, especially for a relatively spammable, AOE skill that can be used multiple times in a fight.

While a small base armor increase looks inconsequential, it can really impact the lane. Nortrom isn’t the worst support in the game when it comes to babysitting and harassment, but deals poorly with heroes that can close the distance on him—like the ever-popular Marci, Primal Beast, or Pangolier. With how small the margins can be at low level fights, a one armor increase can mean the difference between life and death.

Dispelling items like Lotus Orb, Eul’s Scepter, Black King Bar, and numerous tier 4 neutral items generally set a cap on the hero’s effectiveness as the game drags later. Still, having a zoning support that’s so much more effective in lane is clearly improving his win rate.

Plus, forcing enemies to go for a Lotus Orb instead of a Shiva’s Guard could be a win for your physical carry, though those effects are difficult to quantify.

Still, the stats don’t lie. If you want to win, pick Silencer—though it might be best for him to be a dominating lane support due to his easily counterable nature.