Watch OG go on arguably the greatest Cinderella run in all of esports. 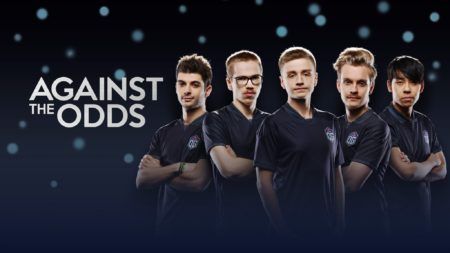 Redbull’s latest flick takes a look at OG’s and its team captain Johan “n0tail” Sundstein miraculous and improbable run for the championship of The International 2018 (TI8).

The documentary, titled “Against the Odds”, charts OG’s beginnings as an organization from when it was founded by n0tail and his longtime friend and teammate Tal “Fly” Aizik in 2015, through OG’s winning years that saw them become four-time major champions, and onto the org’s disastrous 2018 season.

That period would be the organization’s lowest point, punctuated by its roster being gutted by the departures of Gustav “s4” Magnusson and Fly to Evil Geniuses (EG) mere months away from TI8.

Not only was OG parting ways with its longtime leader and part-owner, n0tail also had to endure a messy breakup with someone who was not only his longtime teammate, but best friend as well.

With almost everyone counting them out, OG made it to TI8 through the Open Qualifiers, exceeded expectations at the Group Stage to land in the Upper Bracket of the Main Event, and go on a veritable Cinderella run to the championship.

On their way to raising the Aegis of Champions, n0tail and OG would take down Fly and EG in an emotional grudge match, and defeat Chinese juggernauts PSG.LGD twice — first in a thrilling Upper Bracket Finals and then in a legendary five-game Grand Finals, chronicled by Valve in an entry of its ‘True Sight’ documentary series.

With their win, OG took home the lion’s share of over US$11 million out of TI8’s massive US$25.5 million prize pool. They are also the only org in Dota’s history to win four majors and a TI, and the only one to do so from the Open Qualifiers.

For the 2018-2019 Dota Pro Circuit, OG was temporarily without ana’s services as he took another break from competitive Dota. He would return to the team in March and help them qualify for The International 2019 taking place in Shanghai, China later this month.