Dota 2 The International: All TI winners throughout the years

The International is the mecca of Dota 2. 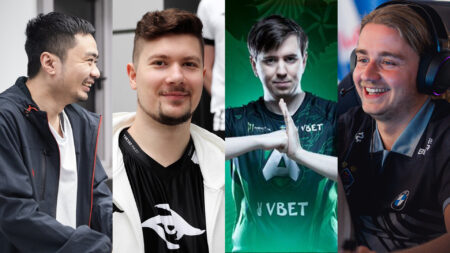 The International is the most prestigious tournament in Dota 2 where the winners are hailed as legends who have reached the peak of their esports careers.

At the start of each DPC season, the goal of all teams and players remains the same — to win TI.

On top of taking home the lion’s share of the massive tournament prize pool, the team that wins TI will also have their names and handles engraved on the Aegis of Champions.

This list also shows just how much the tournament has monetarily grown throughout the years, for Valve and the community have consistently pushed to increase the total prize money in each succeeding tournament.

What is The International?

The International is Valve’s annual Dota 2 world championship tournament where the best Dota 2 teams battle it out for the title and one of the biggest prize pools in all of esports.

This is one of the main reasons why TI is the tournament every professional Dota 2 player hopes to win someday in their career.

Every team that has won The International

TI1 took place at GamesCom in Cologne, Germany, where CIS squad Natus Vincere won the first-ever The International in 2011 by defeating EHOME 3-1.

The team included Dota 2 legend Clement “Puppey” Ivanov, who is the only player in history to participate in every TI.

TI3 was the event where the tournament organizers introduced Dota 2’s Compendium, which increased the base prize pool by US$2.50 each time someone purchased it.

The following tournament featured one of the most thrilling grand final matches between European team Alliance and TI1 championship squad Natus Vincere.

In one of the most action-packed matches in TI history, Alliance eventually defeated Natus Vincere 3-1, and single-handedly booted Dota 2’s popularity around the world.

With Dota 2 and The International growing in popularity, the company moved the tournament to KeyArena in Seattle, Washington.

This was where China reasserted its dominance, after Newbee defeated Vici Gaming in the grand final with a 3-1 score.

TI5 was also the year Valve decided to change the event’s prize allocation by spreading it out so that all participating teams would walk away with a significant amount of money.

The International 2016 was the third consecutive year that Valve hosted the tournament at KeyArena. This was also the year when the Dota 2 game developers decided to switch out the Compendium for the Battle Pass, which contributed 25% of its total proceeds to the event’s prize pool.

In 2017, the company decided to increase the total number of teams from 16 to 18. TI7 was won by European squad Team Liquid after they swept Chinese squad Newbee, 3-0, in the grand final.

The International 2018 made its way to Vancouver, Canada, and showcased Valve’s new point-based system within the DPC Major and Minor tournaments. These points decided which teams qualified for TI8.

The International 2019 was a historic event, where Valve crowned its first-ever two-time back-to-back champion in OG.

After The International took a hiatus in 2020 due to the COVID-19 global pandemic, Valve hosted the tournament in the following year and crowned Team Spirit as its TI10 champions.

Team Spirit became the first Russian team to win the Aegis of the Immortal by defeating Chinese powerhouse team PSG.LGD 3-2 in the grand final.

Like this article? See more epic Dota 2 action in the Heroes of the Game documentary, presented by foodpanda.

READ MORE: TI11 tickets sold out within minutes, scalpers mark up more than 100%