The Philippines is one of the most active esports countries in the Southeast Asia. 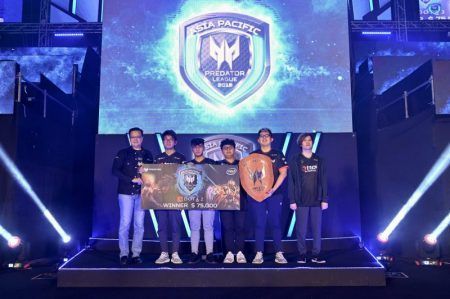 The Philippines will be hosting the next installment of the Asia Pacific Predator League in 2020, Acer announced during the closing ceremony of this year’s tournament in Thailand back in February 17.

The Asia Pacific Predator League featured separate competitions for Dota 2 and PlayerUnknown’s Battlegrounds (PUBG), with the second edition of the event held in the Nimibutr Stadium in Bangkok.

Filipino team TNC Predator won the Dota 2 event while the South Korean squad AfreecaFreecs Fatal prevailed in the PUBG competition. Both teams took home the lion’s share of US$75,000 out of the US$120,000 prize pool for each event, along with Predator Helios Notebooks for each member of the winning teams.

“We hope that the athletes from Predator League 2019 can continue with their great work as a member of the esports community,” added Hou.

The Philippines is one of the most active esports countries in the Southeast Asia. Both Dota 2 and PUBG are among the most popular esports titles in the country, so it is sensible that the 2020 Predator League would be held there.

The Philippines also hosts some of the most successful Southeast Asian esports teams and players internationally — like TNC Predator, who were among the representatives of the region in Dota 2’s The International 2018.

“We look forward to seeing [the athletes from Predator League 2019] again in 2020 in the Philippines,” said Hou.