T1’s Meracle was the clear MVP of the group stage’s Day 1 matches with his stellar Terrorblade and Luna performances against XctN. 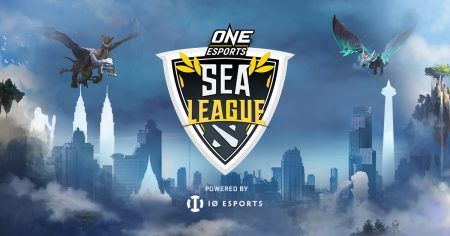 In the first series of the tournament, NEW Esports stunned Team Adroit in game one with key performances from Hsien Wan “LaNcE” Fua and Yi Liong “ddz” Kok.

In the second series of the day, T1 outclassed their opponents with a coordinated group effort, causing XctN to struggle for the entire night.

T1 dominated the laning phase of game one and never looked back. Wilson “Poloson” Koh Chin Wei’s support Earthshaker even managed to farm his blink dagger at the 13-minute mark of game one.

XctN went for a hail mary play by getting a Divine Rapier on Jinn Marrey “Palos” Lamatao’s Bloodseeker, but was easily controlled by T1’s support heroes who stayed in the backlines.

In the final game of the day, T1’s Luna and Vengeful Spirit core lineup proved too much for XctN as their Ursa, Vengeful Spirit, and Mars core trio lacked the damage to win pivotal team fights.

The ONE Esports Dota 2 SEA League group stage action continues today, as Execration goes head-to-head with Team Adroit at 6:00 p.m. GMT+8, while New Esports will face off against T1 in the second series of the day, which starts at 8:00 p.m. GMT+8.

READ MORE: 5 players to look out for at the ONE Esports Dota 2 SEA League