Ninjas in Pyjamas bids farewell to its Dota 2 roster

NiP compete in Dota 2 once the 2021 DPC season restarts on January 18. 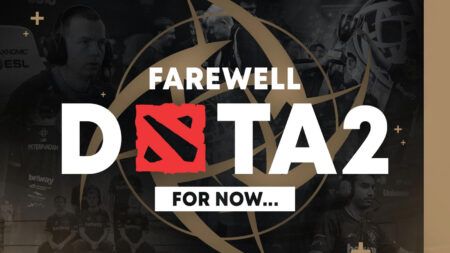 In the organization’s official statement, NiP stated “It’s with a heavy heart that we’re announcing the end of a chapter in the thick tome that represents the Ninjas in Pyjamas DotA legacy.”

NiP will release its current roster and shut down its entire European Dota 2 division.

NiP COO, Jonas Gundersen, explained that with the DPC and The International’s postponements, the organization has struggled to balance the team’s costs while revenues dwindled. “We have decided to shut down our DotA2 department in its current format, and rethink our strategy and regional presence completely,” said Gundersen.

But after the 2019-2020 DPC season was put on hold by Valve, ppd decided to announce his retirement which led NiP to sign Akbar “SoNNeikO” Butaev’s Chicken Fighters Dota 2 stack in late April.

However, NiP isn’t quitting in competing in Dota 2 entirely stating that, “We’re not giving up, we’re not uninstalling and we’re not going to low prio.” NiP is instead looking to return to the Dota 2 scene with the start of the 2021 Dota Pro Circuit which will start on January 18.

With The International 10’s total prize pool ballooning to US$40,000,000, esports organizations like Ninjas in Pyjamas will begin to invest in a competitive Dota 2 roster in hopes of winning the biggest tournament in esports history.

READ MORE: Evil Geniuses coach BuLba: ‘iceiceice was at the top of our list’