Teams will have to do their best to avoid being sent into the best-of-one lower bracket. 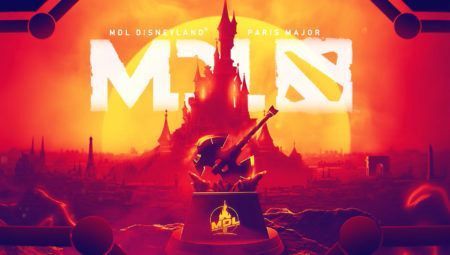 Get ready for some Dota 2 mayhem at Disneyland Paris.

With the OGA Dota PIT Minor ending with a win for Swedish esports team Ninjas in Pyjamas (NiP) Gaming, the Mars Dota 2 League (MDL) now has 16 teams ready for action for its first Major at Disneyland Paris.

The 16 teams have been divided into four groups, having been split up based on their current Dota Pro Circuit (DPC) rankings. The top two winners of each group will head to the upper bracket while the bottom two will head to the lower bracket for a deadly best-of-one elimination match.

Here’s how the groups are split:

Group A can be considered this Major’s “group of death” with big names such as Virtus.Pro, Team Liquid, and Keen Gaming all in the mix. All three are in the top 12 of the DPC, but VP feels like they could easily take over the group with their recent performances at the Chongqing Major and Dreamleague Season 11. Even though they’ve already secured their spot for The International 2019, winning the lion’s share of the US$1 million prize pool is still something to think about.

Group B will likely be a showdown between Team Secret and NiP Gaming. With their recent championship win at OGA Dota PIT Minor, NiP will do their best to keep their momentum at the Paris Major. As for Team Secret, the squad has always done well under playoff pressure, after all, they took the top spot at the Chongqing Major earlier in January, so group B should be a breeze.

In Group C, the match between the two stronger teams of Vici Gaming and PSG.LGD will be the one to look out for, and PSG.LGD will have to put their best foot forward in order to secure themselves a slot for TI9. VG, on the other hand, will have minimal pressure, having already qualified.

As for group D, Evil Geniuses are the likely ones to top the group because of their consistent DPC performance so far. Fnatic are right behind them in terms of strength and DPC ranking, and the Southeast Asian squad will have to do more than their best to outsmart EG.

With a US$1 million prize pool and 15,000 DPC point pool on the line, it will be interesting to see who makes it out of the group stages unscathed.

The MDL Disneyland Paris Major’s group stages will begin on May 4.