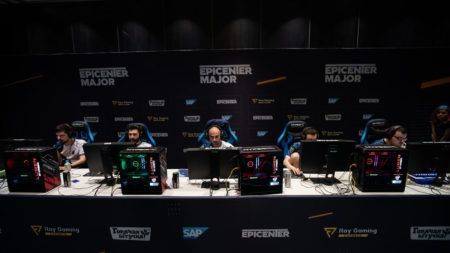 Team Liquid’s newly acquired Aliwi “w33” Omar has shown he is still one of the best mid-lane players in Dota 2.

During their third match against Virtus Pro in the second round of the upper bracket stages, w33 impressed everyone by taking down Vladimir “No[o]ne” Minenko with four carefully placed Psy Blade attacks that went through the creeps and hit Monkey King at the middle lane.

With such a dominating lane performance from w33 and Amer “Miracle” al-Barkawi’s Juggernaut in the early game, VP had no way to keep up with Team Liquid, and the match ended in just 22 minutes.

Team Liquid’s new roster has so far impressed, taking wins over Gambit Esports, Evil Geniuses, PSG.LGD, and Virtus Pro. They are currently waiting for their next opponents in the upper bracket final.

SEE ALSO: TNC upsets both OG and NiP during the group stage of Epicenter Major 2019