No crazy upsets this time around. 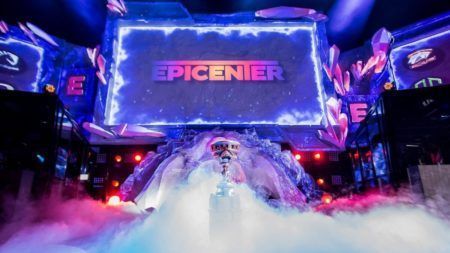 The Epicenter Major 2019 closed qualifiers just ended for all regions, and teams that made it are pretty much who you’d expect to qualify.

In the highly competitive European (EU) region, Team Secret made it abundantly clear that they are the heavy favorites in any tournament they participate in. The MDL Disneyland champs lost only once during the round-robin group stage of the qualifiers. With them having the best record, this immediately places them into the main tournament on June 22.

Team Liquid, on the other hand, struggled during the group stages, as they conceded to multiple teams which included a baffling loss to bottom tier team, Aachen City Esports. They were able to redeem themselves during the upper bracket portion of the playoff stage by beating Alliance and OG in two highly contested series to advance to Moscow.

The final team to qualify from the EU was OG. They got past Ninjas and Pyjamas (NIP) and Alliance in the lower bracket portion of the playoff stages.

In the North American (NA) closed qualifiers, Forward Gaming finished the group stages undefeated. They even pulled off an upset win against TI5 winners Evil Geniuses (EG) which earned them a spot at Epicenter 2019.

EG performed well in the playoff stages as they trounced Beastcoast, J.Storm, and Complexity (CoL) and advanced to the Major. EG has consistently reached third place in three out of the four Valve hosted tournaments for this year. Will this be their first Major win of the 2018-2019 season?

The Commonwealth of Independent States (CIS) was dominated by three teams: Natus Vincere (Na’Vi), Virtus Pro (VP), and Gambit Esports. All three boasted a 6 – 1 record after the group stages of the closed qualifiers, but Gambit beat both teams during the first place tiebreaker matches.

With one spot left to claim, Na’Vi and VP battled ferociously in the playoff stages. Both teams met during the upper bracket final, where Na’Vi proved to be the better team. But VP rallied hard and advanced to the grand finals. Both teams seemed evenly matched, but VP was able to edge out Na’Vi during the final game of the best-of-five series.

Infamous showcased an impressive performance as well, beating out all other teams in the playoff stages, only losing once to Gorillaz-Pride.

China’s closed qualifiers was clearly a four-horse race between PSG.LGD, Royal Never Give Up (RNG), Newbee, and Vici Gaming (VG). At the end of the group stages, PSG.LGD was able to beat out RNG in the first place tiebreaker, punching their ticket to Moscow.

RNG made the most of their playoff run, as they beat Team Aster and VG in a best-of-3 series to qualify for Epicenter 2019.

With two of the better teams out of the picture, VG was able to defeat Team Aster and Newbee to take the final qualifier spot.

The last region to finish their qualifiers was Southeast Asia (SEA). TNC Predator made sure they weren’t going to miss another Valve Major as they went 6-1 during the group stages.

The closed qualifiers for Epicenter Major ended as Fnatic bested Geek Fam, Boom ID, and Power of MYSG+AU during the playoff stages of SEA.

The last two slots for the Major will be saved for the first and second place finishers at the StarLadder ImbaTV Minor Season 2 that will take place from June 12-15.

SEE ALSO: Top teams to watch out for at the Epicenter Major