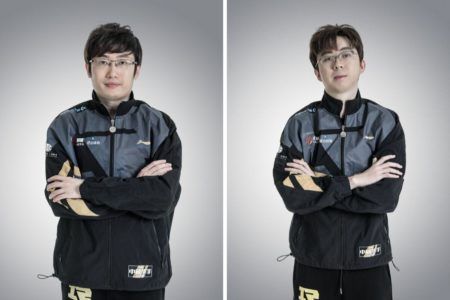 Chinese organization Royal Never Give Up (RNG) has announced that Lu “Fenrir” Chao and Gao “dogf1ghts” Tianpeng will be joining their roster for the 2019-2020 Dota Pro Circuit (DPC) season.

RNG is looking to build on their excellent run in TI9 and cement their place as a tier-1 team in China, with the additions Fenrir and dogf1ghts bolstering their already promising core trio of Du “Monet” Peng, Gao “Setsu” Zhenxiong, and Su “Flyby” Lei.

Longtime veteran Fenrir is expected to replace LaNm as the captain and drafter for RNG, where his skill and experience as one of the premier position-5 supports in China — which includes a runner-up finish with Vici Gaming back in TI4 — will be put to good use.

Meanwhile, dogf1ghts is expected to man the position-4 support role, where he was a standout performer with last season’s Invictus Gaming squad.

LaNm, one of the most decorated support players in China, joined RNG in February this year and led them to an improbable 7th-8th place finish at The International 2019 (TI9).

RNG announced on Weibo that he will be leaving the team to coach Keen Gaming, where he joins one of his former teammates in the star-studded 2014 DK lineup, Chai “Mushi” Yee Fung.

Ah fu will be transferring to an as of yet unannounced team, which may signal his return to playing in the Southeast Asia (SEA) region after lending his services to Chinese teams for over two years.