Everything you need to know about poloson, Quincy Crew’s sensational last-minute sub

The Singaporean native has been a walking highlight reel. 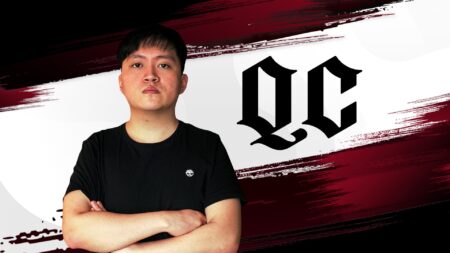 The biggest story unfolding so far has been the standout play of Quincy Crew stand-in and Singaporean native Wilson “poloson” Koh Chin Wei.

Poloson found his way into the Singapore Major when Quincy Crew’s position 4 support player, Arif “MSS” Anwar was unable to join his team after testing positive for COVID-19. Then, his first replacement, Milan “MiLAN” Kozomara, was unable to make it to Singapore due to travel issues.

With no one left to ask, Quincy Crew decided to take a risk by turning to a local Singaporean pro they’ve never played before. Poloson seized the opportunity to compete in his first-ever Major.

Here’s the quick rundown on Poloson’s career so far:

Despite his lack of experience against top-tier competition, Poloson has risen to the occasion, and was instrumental in QC’s victory over Neon Esports this morning.

Poloson continued to impress in Quincy Crew’s game against Team Liquid, and while the team walked away with a 1-1 draw, poloson played well in both games.

Quincy Crew is currently in second place of the group stage standings with a 4-2 record.