What new strats will teams reveal ahead of The International? 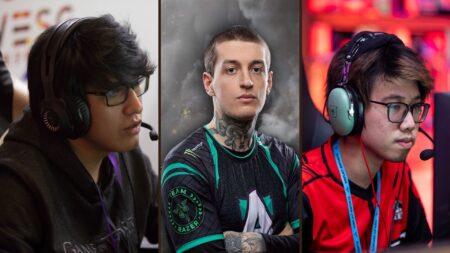 ESL has just announced their latest Dota 2 tournament, the ESL One Fall: Bootcamp Edition. The tournament will feature some of the best teams in the EU/CIS regions along with the teams who are bootcamping in Europe in preparation for The International.

The tournament will also include two Open Qualifiers, allowing any team in the region the chance to compete. If you want to take part yourself, be sure to register for the tournament here or here.

What is the ESL One Fall: Bootcamp Edition?

Described as practice for the teams attending the International as well as training to prepare other teams for the next DPC.

With multiple participants being International level teams along with the best of Europe, players will be able to test out their teamwork and strategies a month before the International begins.

The tournament will also provide viewers with a grand tournament featuring their favorite teams.

ESL One Fall schedule and results

The tournament will have Open Qualifiers on August 7-8. While the Closed Qualifier will start on August 9 and end on August 11.

Format of the ESL One Fall

Due to having multiple stages to the tournament, each stage will follow its own format.

In the Closed Qualifier, four invited teams and four teams from the Open Qualifier will compete in a double-elimination best-of-three tournament to determine the top two teams. The top two teams advance to the Group Stage

In the Group Stage, the 12 teams (10 Directly invited, two from Closed Qualifier) will be split into two groups of six teams each.

The top two teams in each group advance to the Upper Bracket of the playoffs, while the third and fourth placing teams will go to the Lower Bracket. The bottom two teams of each group are eliminated. The Group Stage will be a best-of-two Round Robin.

Still with us? good, we’re at the home stretch now.

Teams that are competing in the ESL One Fall: Bootcamp Edition

Five of the invited teams have been revealed for the tournament so far. The list of teams attending will be updated as they are announced.

Four invited teams along with four teams from the Open Qualifier will compete for two spots in the playoffs.

Four teams from the Open Qualifier will advance to the Closed Qualifier.

The Open Qualifier teams are:

Where to watch the ESL One Fall: Bootcamp Edition?

While the Open Qualifier will not be streamed, Dota 2 fans can tune in to every match of the Closed Qualifier and the rest of the tournament at the links below.