His serious injury could mean he will be out of action for a long time. 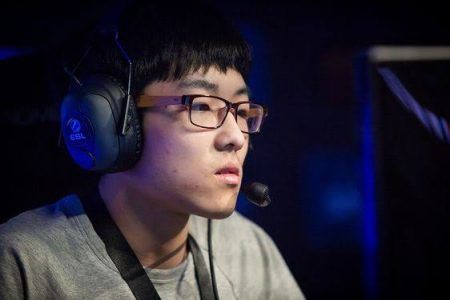 The Chinese Dota 2 team EHOME will have to compete in the MDL Macau tournament undermanned after their offlane player, Zhang “Faith_bian” Ruida, suffered an injury during a photoshoot for the event.

According to a Facebook post by MDL Macau organizers Mars Media, Faith_bian suffered his injury during a photoshoot that took place in the afternoon of February 19. He was immediately hospitalized in Macau, but will be flying back to Shanghai to receive further medical treatment.

Aside from the loss of Faith_bian, EHOME will also be without the services of its midlane player, Li “ASD” Zhiwen, for the first portion of MDL Macau due to passport issues.

Faith_bian won the International 2016 with Wings Gaming, of which he was a member of until April 2017. He later joined EHOME in May of that year. Faith_bian has seen some success with his team this year as they won the Bucharest Minor back in mid-January and finished 5th-6th in the Chongqing Major later that month.