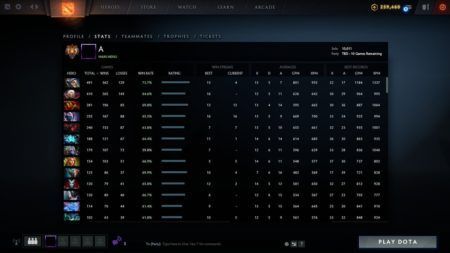 Fnatic player Abed Azel Yusop made history for the second time around, having once again climbed the ladder to hit 10,000 matchmaking rating (MMR) points in ranked Dota 2.

The first time Abed achieved this was back in 2017, two years ago, where he was the first player to reach 10,000 solo MMR.

A Dota player’s MMR is an indication of his skill level, with different ratings offering different seasonal medal rankings. The highest among these rankings is the Immortal medal, usually only achievable by the top players in the game.

A beaming Abed can be seen in this Facebook video posted by after the pro player ended his match with a victory.

READ MORE: Here are the qualifier dates for the International 2019